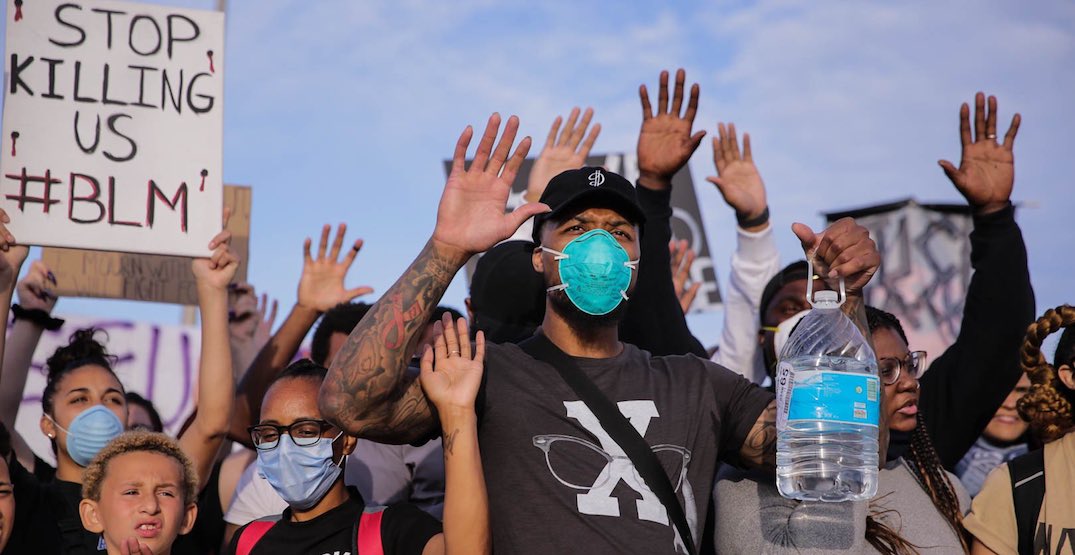 The “King of Portland,” “Dame” Lillard joined the large crowd of Portlandians marching in the sixth consecutive day of protests.

Lillard, born in East Oakland, has grown to be the face of Portland’s NBA franchise and a voice for the Black community both here in PDX as well as in his hometown, where he spends his summers giving back to the community.

Seen wearing a Malcolm X T-shirt, Lillard locked arms with the front line of protesters as they marched through Portland on Thursday.

“Shit is painful to constantly see your people killed, seen as less, and suffering. No remorse… no repercussions,” Lillard wrote on Instagram after the killing of George Floyd by police on May 25.

Portland Timbers and Thorns photographer Craig Mitchelldyer was on hand during the march alongside Trail Blazers photographer Bruce Ely.