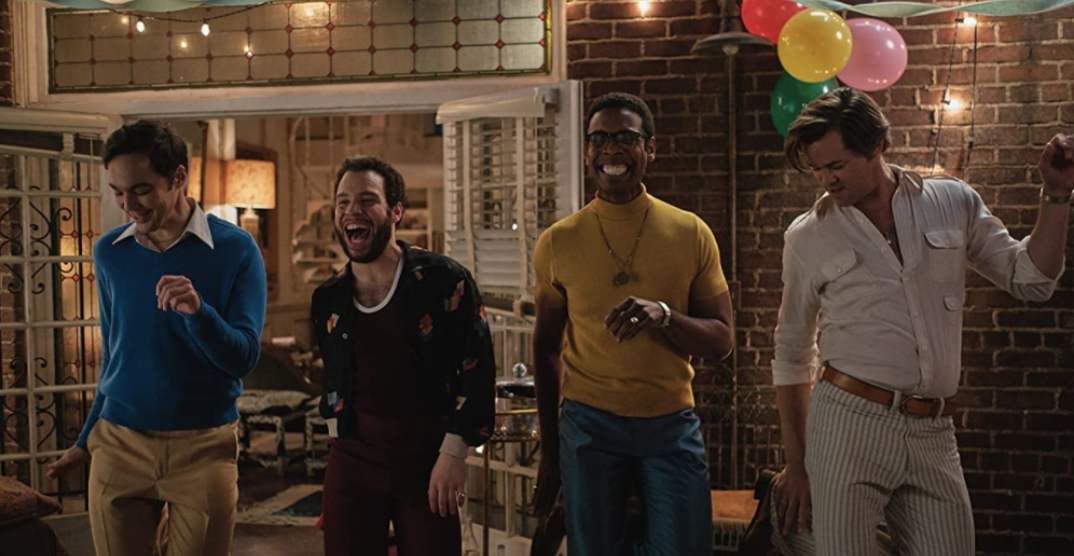 In celebration of Pride month, we’re highlighting the best gay, lesbian, trans, and queer films to check out on Netflix.

We’ve got a little bit of everything in celebrating the LGBTQ+ community — documentaries, dramas, comedies, and everything in between.

At a birthday party in 1968 New York, a surprise guest and a drunken game leave seven gay friends reckoning with unspoken feelings and buried truths.

In this documentary, leading trans creatives and thinkers share heartfelt perspectives and analyses about Hollywood’s impact on the trans community.

Amid shifting times, two women kept their decades-long love a secret. But coming out later in life comes with its own set of challenges.

In 1901 in Spain, Elisa Sánchez Loriga adopts a male identity in order to marry the woman she loves, Marcela Gracia Ibeas, in this drama based on true events.

When smart but cash-strapped teen Ellie Chu agrees to write a love letter for a jock, she doesn’t expect to become his friend — or fall for his crush.

A secretly gay congressman marries the Mexican president’s daughter, but is then found cavorting with a young man at a private party. And then scandal hits. Based on a true story

A teen navigates a bitter feud between his willful mom and a free-spirited man, who’s the lover and insurance beneficiary of his recently deceased dead.

Comedian Tig Notaro had a devastating year. Having just recovered from a life-threatening infection and still in mourning over her mother’s sudden passing, Notaro’s subsequent discovery of bilateral breast cancer left her no choice but to turn profound pain into an ongoing punch line, both on and off the stage.

Wary of dishonesty in relationships, two young women embark on a 24-hour experiment on intimacy, but their romance flounders as the clock winds down.

This documentary follows gay rights activist Peter Tatchell from his early life to his fight for justice amid controversy and political turmoil.

A group of down-on-their-luck Broadway stars shake up a small Indiana town as they rally behind a teen who just wants to attend prom with her girlfriend.

A self-described outsider is sent to a rugby-obsessed boarding school, where he forms an unexpected bond with the star player.