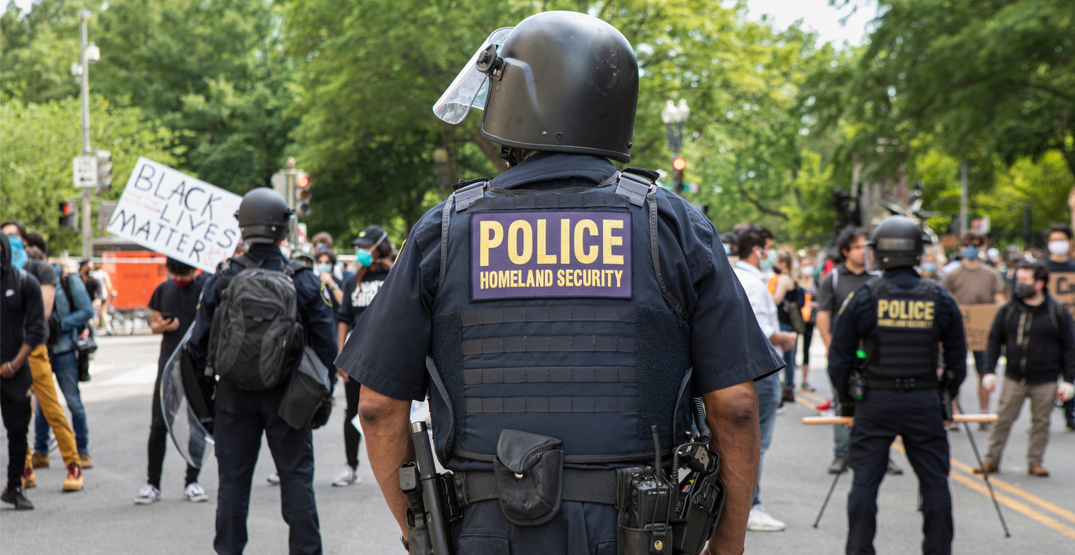 In response to the actions of federal officers on Portland streets, Governor Kate Brown has called the arrival of Homeland Security a “blatant abuse of power.”

After escalating violence between protesters and federal law enforcement agents resulting in a number of serious injuries to demonstrators, Brown spoke with Acting Secretary of Homeland Security Chad Wolf this week, asking him to remove federal officers from the state.

“His response showed me he is on a mission to provoke confrontation for political purposes,” Brown wrote on Twitter Thursday night. “He is putting both Oregonians and local law enforcement officers in harm’s way. This political theater from President Trump has nothing to do with public safety. The President is failing to lead this nation. Now he is deploying federal officers to patrol the streets of Portland in a blatant abuse of power by the federal government.”

She continued, “This, coming from the same President who used tear gas to clear out peaceful protesters in Washington, DC to engineer a photo opportunity.”

“A number of people have asked if I know DHS leadership is in town, and if I’m going to meet with them,” Wheeler tweeted on Thursday. “We’re aware that they’re here. We wish they weren’t. We haven’t been invited to meet with them, and if we were, we would decline. This is clearly a coordinated strategy from the White House. It is irresponsible and it is escalating an already tense situation. Remove your heightened troop presence now.”

Commissioner Jo Ann Hardesty also spoke out on Twitter Thursday night. “I am proud to be among the loud chorus of elected officials calling for the federal troops in Portland’s streets to go home. Their presence here has escalated tensions and put countless Portlanders exercising their First Amendment Rights in greater danger,” she said.

“Portland cannot work side by side a militarized presence in our streets,” added Hardesty before asking the Portland Police Bureau to sever any coordinated or collaborative efforts with the Homeland Security officers currently in the city.

For the second time this week, Portland police reported no deployment of tear gas but noted that some arrests were made.

We have no intent to engage the crowd near SE 47th Avenue and SE Burnside Street. Please stay peaceful.