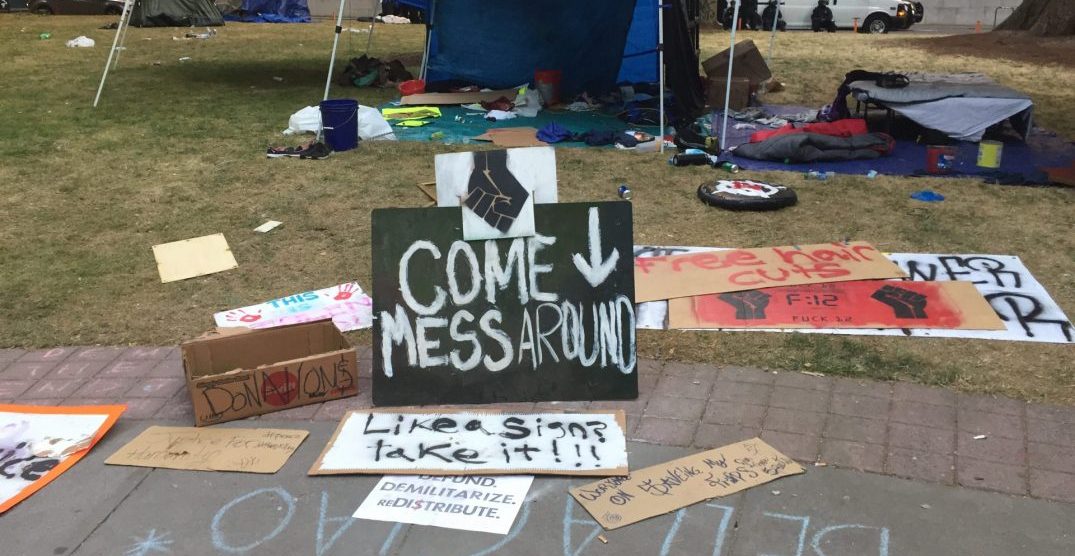 On Wednesday, the Portland Police Bureau ordered demonstrators and journalists to leave both Lownsdale and Chapman Square parks after a number of protestors had set up tents, shops, and more.

According to police, demonstrators brought out a slew of resources and equipment stage essentials in the parks directly adjacent to the Justice Center downtown.

Police gave protesters 10 minutes to evacuate the park, and the notice to the public included journalists.

“Everyone must vacate to the north beyond the sidewalk or be subject to arrest for trespassing and subject to use of force,” wrote the Portland police on Twitter. “This order includes journalists. The park is closed. Everyone has 10 minutes to leave.”

Nine Portlandians were arrested during the closure of Chapman Square and Lownsdale Park this morning — mostly for interfering with a police officer, or trespassing — in a collaborative effort between the police and the parks and recreation bureaus of Portland.

Due to repairs needed for the two public parks, they will remain closed for the time being.

“The parks are closed to the curb lines surrounding them. Pedestrians should use sidewalks across from these parks. The streets around the parks remain open to traffic.”