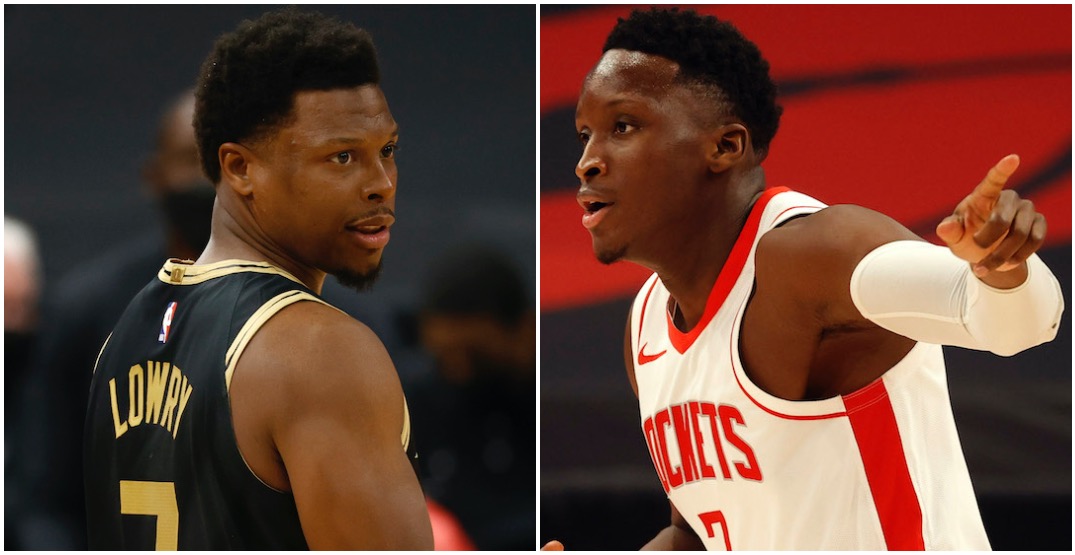 The NBA trade deadline is fast approaching. With a condensed season during a pandemic, it truly has been a season like no other.

For teams, this is the time to decide what direction they will go for the rest of the season. For some, it is loading up for the playoffs and for others, it is time to look to the future.

One way or another, it appears this will be LaMarcus Aldridge’s last week in San Antonio. Head coach Gregg Popovich has already said that the team is working to part ways with Aldridge this season. That means if he is not traded by the deadline, most likely, the Spurs will buy out his contract, valued at $24 million this season.

Since his peak with the Portland Trail Blazers, the 35-year-old center has slowed down, but Aldridge is still very serviceable. He is averaging 13.7 points, 4.5 rebounds, and 1.7 assists this season. Reports have serviced that, if bought out, the Miami Heat could be the next destination for the seven-time All-Star.

For the past few years, Andre Drummond’s name has popped up repeatedly in trade talks. The 27-year-old center is an excellent rebounder and inside scorer who is averaging 17.7 points and 13.5 rebounds per game this season. His contract is up at the end of this year, valued at $28.7 million this season.

The Athletic’s Shams Charania reported that the Toronto Raptors were very interested in acquiring Drummond back in February. Since then, the Dallas Mavericks have also been interested in Drummond, according to The Ringer’s Kevin O’Connor.

At just 25 years old, Kelly Oubre Jr.’s youth and skill-set could entice a team with cap space this summer.

O’Connor noted that the Warriors are shopping Oubre, who is in the final year of his deal worth $15 million.

Golden State is trying to best position itself for the present and the future, with Klay Thompson presumably returning to the floor next season.

Oubre, who like Thompson is also a shooting guard, is averaging 14.9 points and 5.8 rebounds on 30.2% three-point shooting. Oubre is also on an expiring contract which is very appealing to contending teams.

Both the Atlanta Hawks and Chicago Bulls have been trying to acquire Lonzo Ball, according to O’Connor, despite the fact that the fit in New Orleans has been pretty good for the 23-year-old point guard. Ball’s defensive play has helped stabilize the team while he has chipped in 14.2 points on 38.5% three-point shooting, with 5.6 assists and 4.2 rebounds.

But with Ball’s contract, worth $11 million this season, being up at the end of the year and with two big pieces in Brandon Ingram and Zion Willamson taking up cap space moving forward, there may not be a spot for Ball with the Pelicans.

The Magic are ready to sell. After being a borderline playoff team for the past couple of seasons, they have indicated that they are willing to move on from some core players.

Forward Aaron Gordon is the premier player available. In recent days, Gordon has requested a trade from the Magic.

Still just 25, Gordon is having one of the best seasons of his career, averaging career highs in three-point shooting (40.2%) and assists (4.2), while maintaining around 15 points per game. Gordon has two years remaining on his deal with an AAV of $20 million.

The first of two Raptors on this list, shooting guard Norman Powell has taken his game to a new level this season.

Sportsnet’s Michael Grange said on the Bob McCowan Podcast that it is “close to inevitable” that the Raptors will trade Powell before the deadline.

The 27-year-old is averaging 19.5 points, three rebounds, and 1.8 assists per game on 43.4% shooting from three-point range. Powell is making $10.9 million this season and has a player option for $11.6 million next season.

John Collins is an outstanding young player and put up some good numbers. However, the Atlanta Hawks and himself have reportedly hit an impasse in contract talks.

The power forward is averaging 18.2 points, 7.8 rebounds, and 1.1 blocks per game this season.

The Hawks have been magnificent as of late, winning their last eight in a row, but so long as Collins does not have an extension to his current deal worth $4.1 million this season, other teams will be sniffing around to see if they can acquire the 23-year-old. That includes the Boston Celtics, according to O’Connor.

Victor Oladipo’s stay in Houston always had a feeling that it might be short. Based on recent rumors, it looks that way. According to The New York Times’ Marc Stein, the Houston Rockets shooting guard is increasingly believed to be the next big name player traded within the next couple of days.

The 28-year-old is averaging 20.8 points, five rebounds, and 4.7 assists per game this season between playing for the Indiana Pacers and the Rockets. This is also the final year of his contract that pays him $21 million.

Kyle Lowry’s name has been thrown around in so many trade rumors, it is hard to keep track. The most recent is that the Heat are pushing very hard to acquire him, as Charania and O’Connor reported.

The soon-to-be 35-year-old point guard is averaging 17.6 points, 5.6 rebounds, and 7.5 assists this season and is in the final year of his $30 million contract that will see him become a free agent after the season.

With the Raptors’ recent nine-game losing streak, the time may be right to trade players on expiring contracts in an effort to retool.