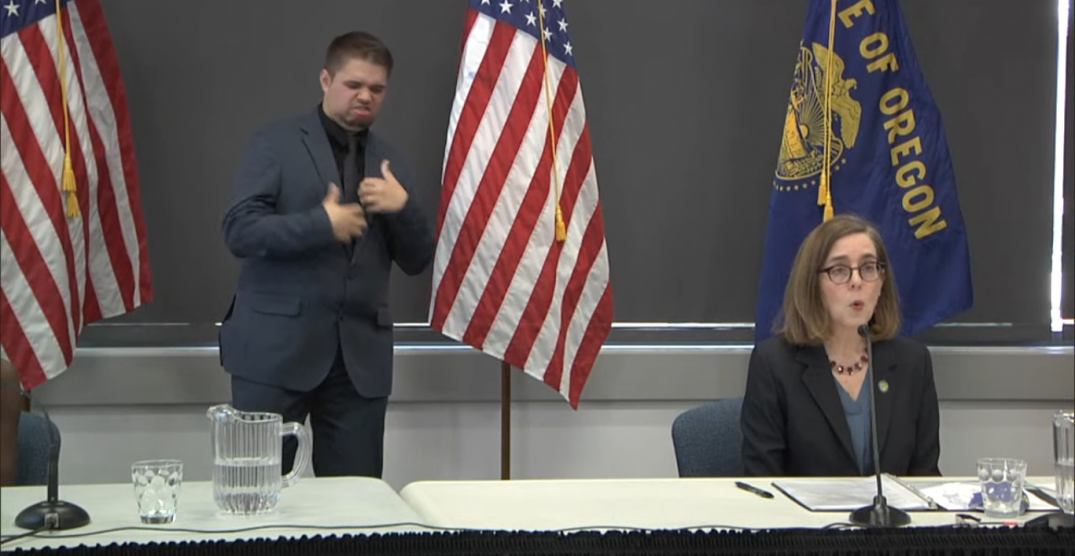 During a press conference on Monday, Oregon Governor Kate Brown said that the Portland government will be supplying police with additional support as law enforcement teams in the city continue to confront protesters and rioters.

“The killing of George Floyd is a stain on this country,” said Brown, before naming a handful of other Black Americans slain by law enforcement officers around the US in recent years.

“I count myself as one of the white politicians who’s good intentions haven’t done enough to tackle the scourge of systemic racism,” added Brown.

Brown also said that she will be sending in 100 state police officers and 50 Oregon National Guard officers for “support functions only,” including processing arrests, directing traffic, and caring for the injured.

“You don’t diffuse violence by putting soldiers on the streets,” said Brown. “That’s exactly what President Trump wants. He made this very clear on a call this morning with governors from the entire United States.

“Trump wants governors to deploy the National Guard as a show of force to intimidate the public. I want to ensure that the public can safely raise their voices,” said Brown.

“I think what brought this to a boiling point is three years of number 45 being blatantly racist, and sexist, and homophobic, and anti-immigrant, and anti-refugee,” said Jo Ann Hardesty, City of Portland Commissioner.

Both Hardesty and Brown condemned the “small groups” that are causing destruction and breakouts of violence in the City of Portland during these otherwise peaceful protests.

Moments after the public conference by Governor Brown, President Trump took to the podium at the White House — while simultaneously deploying thousands of armed soldiers and police on peaceful protesters outside the White House — and promised the “full force of the United States army” should states and local officials not do enough to quell the protesting.