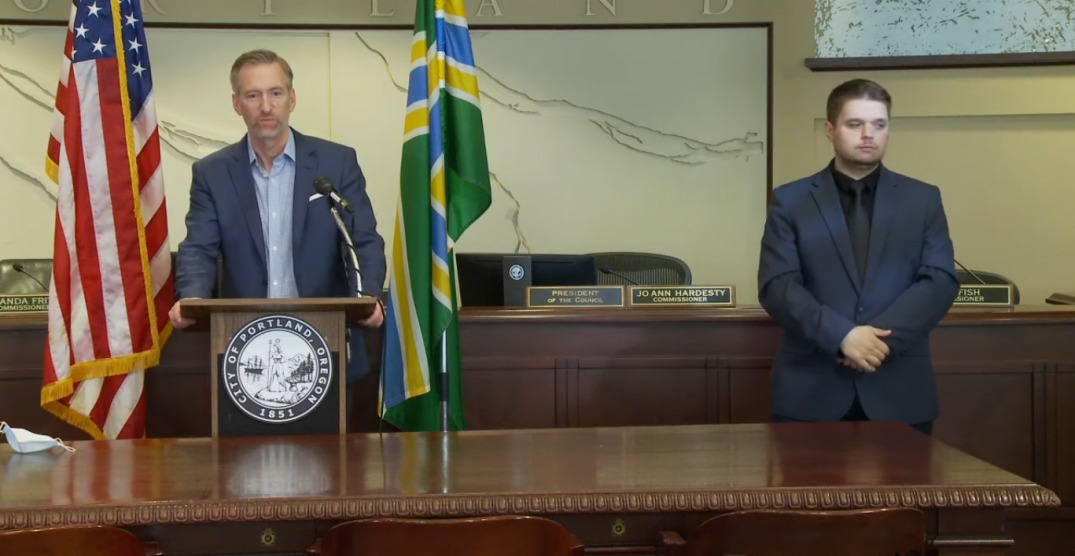 In response to protests and instances of violence or rioting, Portland is asking for more force to serve as protection for the city. Mayor Ted Wheeler has pleaded with Oregon Governor Kate Brown to deploy the National Guard.

“The governor had alternative strategies that she suggested,” Mayor Wheeler told the press Monday morning. However, Wheeler is insisting the state send in the National Guard.

Mayor Wheeler says that National Guard presence on the ground in Portland would substantially free-up resources of the Portland Police by providing more bodies on the frontlines to keep the city safe.

“This has to stop,” said Oregon’s US Attorney, Billy Williams. “For this to happen in the City of Portland, we need more help.”

According to the attorney, the National Guard “has been activated in 22 other states as of this morning.”