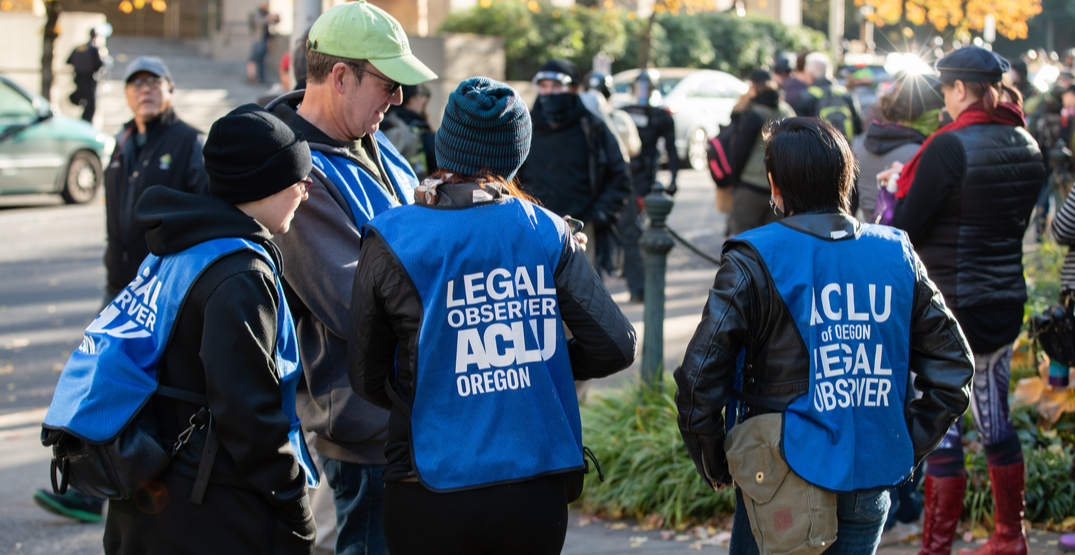 With the recent invasion of Portland by federal officers from multiple fronts, many Oregon and Portland leaders have spoken out against the Trump Administrations’ actions.

This week, the American Civil Liberties Union (ACLU) penned an open letter to Trump’s Attorney General, William Barr in regard to the “unconstitutional and likely criminal tactics” used by the administration.

In the letter, the ACLU (which has an Oregon division) states that “for over 50 days, the people of Portland have taken to the streets to protest against police brutality and for racial justice.”

“The government response has been nothing less than criminal attempts on the part of federal state, and local forces to silence their voices and interfere with their exercise of constitutionally protected rights.”

Citing internally constructed reports published on the ACLU.org website, numerous news sources, and detailed accounts of events, the letter continues to request that Attorney General Barr collect a special counsel. “Necessary to meet the need for the American people to trust that their civil liberties will continue to be protected by the rule of law,” reads the phrasing.

“A full, complete, and impartial investigation of these events and, if warranted, prosecution of any criminal acts committed by Executive Branch officials must commence immediately,” the ACLU continues.

In the section titled “requirement to appoint a special counsel”, the letter describes clear Justice Department regulations regarding the appointment of outside counsel.

Considering Attorney Barr’s major role in the Trump Administration and the ordering of force, the ACLU also requests that Barr recuse himself. “It has also been reported that you are conferring with Acting Homeland Security Secretary, Chad Wolf, to develop an executive order that would expand the use of these unconstitutional tactics to other cities, and other protesters.”

“It is, therefore, clear that the Department of Justice’s role in responding to the protests requires you to recuse yourself… The faith of the people in their government and their trust in the protections afforded to them by law and by the Constitution are in peril.”

The letter, signed by ACLU National Political Director, Ronald Newman, Interim Executive Director, Jann Carson, and Senior Legislative Counsel, Kate Ruane, finishes with a thank you.  You can read it in its entirety here.

ACLU actions have included a lawsuit filed against Portland Police for the detainment and force shown against members of the press and lawful observers, a recent lawsuit against federal agents, and now this letter to Attorney General Barr.