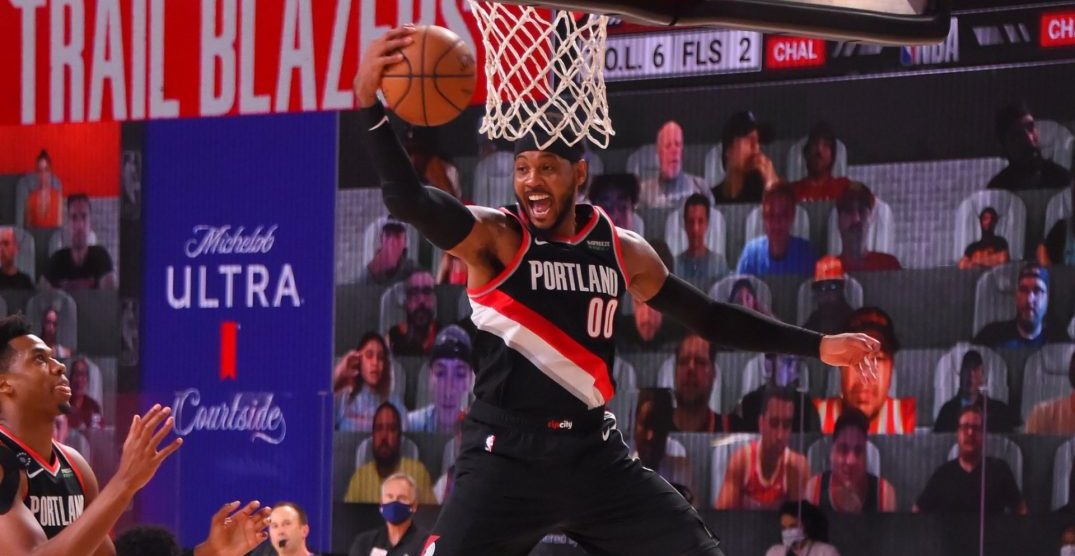 The story of Portland sports has been a spectacular one this week. From the Timbers clinching the MLS is Back Championship against Orlando, to Damian Lillard pushing past superstardom to put the Blazers in a position to secure their own NBA playoffs fate.

Tonight, the Trail Blazers — on the shoulders of back-to-back 50-plus-point games by Dame — have a chance to punch their ticket to the playoffs, stirring up fear in all those who’ve already qualified.

Fresh off a miraculous 61-point performance in their seeding game, Lillard leads the Rip City squad to a pole position in which their opportunity to play for the Larry O’Brien rests in their own hands.

There are three possible scenarios heading into Portland’s game against Brooklyn tonight. Set for tip-off at 6 pm Portland time.

Portland Trail Blazers get the #8 seed

The Trail Blazers will nab the final spot in the 2020 NBA Playoffs if they beat the Brooklyn Nets on Thursday night.

This scenario will also play out if the Memphis Grizzlies, Phoenix Suns, and San Antonio Spurs all lose their games on Thursday.

“In these types of situations the most important thing is… 𝗡𝗘𝗩𝗘𝗥 𝗙𝗢𝗟𝗗.”

A look back at our season to date. pic.twitter.com/KrylfjrD3M

Portland Trail Blazers get the #9 seed

Should the Blazers lose their match against the Nets on Thursday night, there is still a chance that they will be gifted a ticket to the play-in stage of the NBA Playoffs.

In this scenario, Portland will have to battle it out with whoever takes the #8 seed in a two-game series. If the #9 seed wins both of those games, they will overtake the #8 seed and see a birth into the 19-20 NBA Playoffs.

If the Blazers lose, they will need some help to secure the #9 slot. Of the three other teams currently in the mix, two of them will have to lose.

It’s pretty cut and dried. If the Bosnian Beast and crew don’t win on Thursday, and two wins by the Grizzlies, Suns, or Spurs, Portland will be eliminated from the playoffs.

Even if Rip City doesn’t find itself playing in the post-season, at least Damian Lillard got what he wanted, and that’s an opportunity to play meaningful games in the bubble.