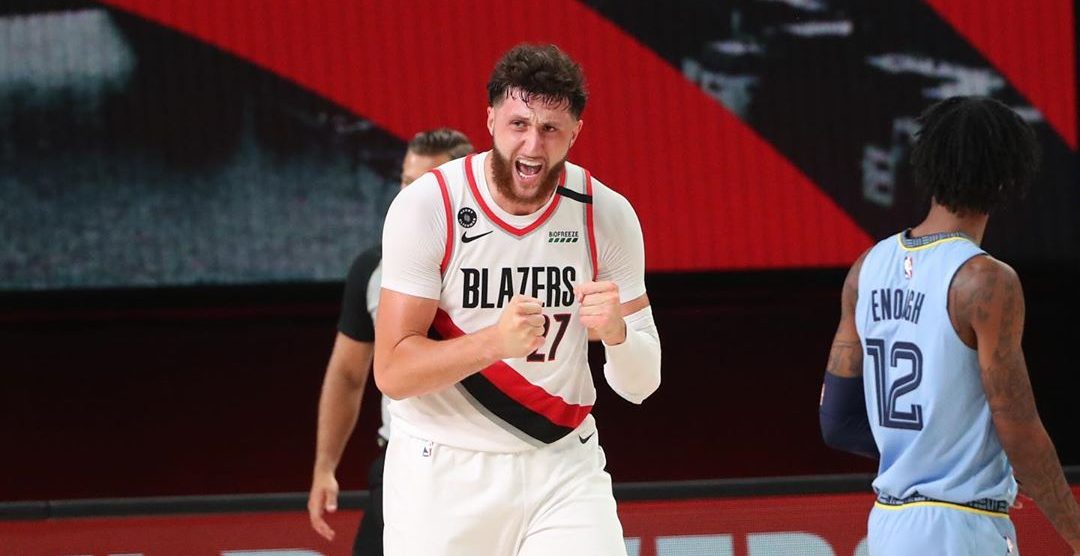 After 142 days without basketball, Portland Trail Blazers fans are hyped up on social media, as Friday brought the boys in black and rose back to the court.

Kicking off their fight for a playoff spot, the Portland Trail Blazers battled in the bubble against the Memphis Grizzlies, who came into the short tournament holding on to the last playoff position.

Prior to tip-off, both teams linked arms and took a collective knee along the sidelines, pairing this act with their social justice jersey names.

Making matters more exciting for the Rip City faithful, Friday’s head-to-head boiled down into a nail-biting final quarter leading into fantastically tense overtime play. Eventually, the strength of the Blazers’ shooting squad helped secure the win in extra time, beating the Grizzlies by a score of 140 to 135.

The wait is over, #RipCity.

Fans, rightfully so, were pretty excited.

Wakes up and rolls over to check time:

Good night #RipCity ! The Blazers start their journey towards the 8 seed tomorrow. pic.twitter.com/E4sHGKOJGD

.@trailblazers basketball is BACK ‼️

And then things got stressful.

My heart. First game back and we’re already headed to OT. #RipCity

But the Blazers turned it up in overtime and took the win from Memphis.

Forgot how much of a roller coaster Blazer games are. Man that was fun and infuriating. Lets gooooo #RipCity

with the W #RipCity pic.twitter.com/7illdqumkX