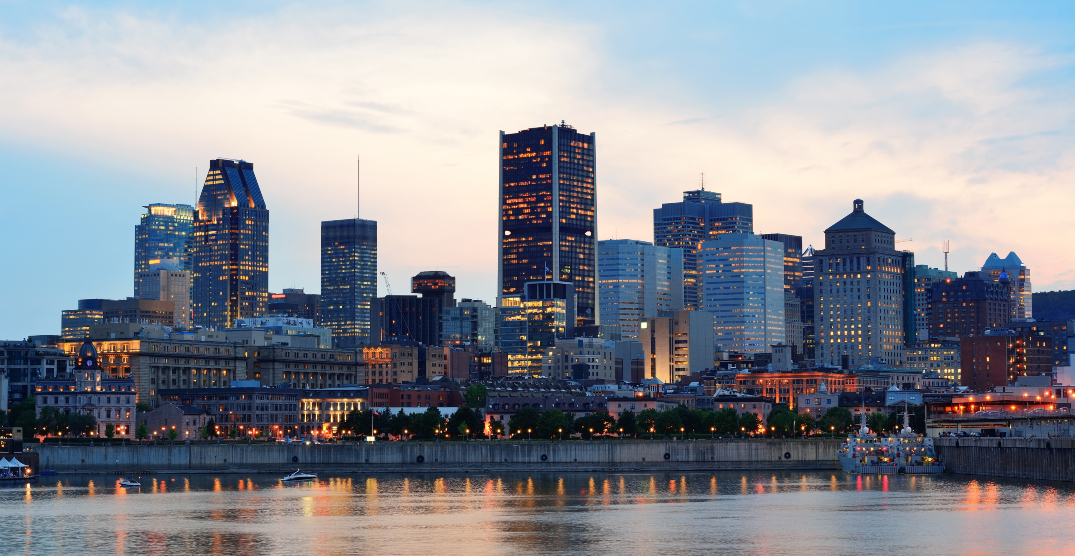 If you’re from out of province and you’re thinking of making the move to Montreal, a Winnipegger has shared some things he wished he would have known before moving to la belle province.

Danny Parys, a 27-year-old Winnipeg native has been living in Montreal since 2019. As a university student, he thought it would be fun to share his personal experiences moving to a new city.

His Reddit post, “8 things I wish I knew before I moved to Montreal,” was a way to see if the virtual world agreed with his perception of the city. Since being uploaded at the beginning of September, it has been upvoted more than 1,000 times on the Montreal subreddit.

He says he’s been reflecting on the differences between both Canadian cities and wanted to share his thoughts with current, future, and past Montrealers.

Parys says he’s lived in a few Montreal neighbourhoods already, has met a lot of great people, and has enjoyed his time in Montreal, even throughout the COVID-19 pandemic’s “shenanigans.”

Here is Parys’ perspective on things he wishes he would have known before moving to Montreal.

I love bagels as much as the next guy and Montreal has some great ones. But it’s bread and sesame seeds, calme-toi. They exist in literally every grocery store across the country and North America. I mean it’s good to be proud of your cuisine but you guys hyped it up way too much. When I went to St-Viateur I was promised a transformational experience and it ended up just being pretty good. I’d recommend you guys yell at your visiting friends about the Haitian cuisine this city has to offer, then we can talk about the various smoked meat sanwhiches, poutine combos, and if there is time… bagels. (I still sent a picture of St Viateaurs to my friends in Winnipeg and said they were missing out, btw.)

I basically took the metro and BIXI for the first six months so I didn’t really get a chance to compare, but everyone told me, “watch out for us Montrealers, we are CRAZY drivers”. Over the last year I started driving more and it’s really not true. The rules just suck. Why cant I turn right on a red? That makes no sense. Why is everything a one-way? I can see my girlfriend’s place right there. I shouldn’t have to do a 3-minute loop to actually park there. Why is the limit on Decarie 70km? We are all going 100, these signs are not working.

Young men with chest-fanny packs – These guys are cool to party with, tend to roam in packs, love Air Force Ones, probably seem a bit loud if you are sober. Strange fashion sense.

People that take cycling too seriously – I ride bikes. BIXI has been one of my favourite features in this city. I get it. But why do I see so many people that look like they are alternates for the Tour de France. I’ve never seen so many Italian made bikes and quarter zip – skin tight jerseys.

People from off the island – This might sound strange, but people from Laval and Longueuil are basically Winnipeggers that speak French. They love going to the Chalet (I still feel posh not saying cottage), riding snowmobiles, hockey, golf, beer related drinking games. Great to hang out with if you are from The Prairies and you feel homesick and can understand Quebecois French (and even if you can’t).

Happy old couples – I don’t know why but Montreal seems to punch above its weight in terms of happy, active old couples. The streets are filled with them taking strolls, doing activities, shopping together etc. Great to practice French with because they seem generally happy you put the effort in and are more than willing to tell you about the time they went to Banff (It’s not even kind of close to Winnipeg but thanks for dealing with my shitty accent).

The city really fell in love with outdoor staircases, huh? Kind of sketchy in the winter. Looks cool for some reason.

5. Quebeckers being rude is propaganda

Everyone told me to watch out when I said I was moving here. They said you guys would not speak to me if I had an English accent. I was told I would you’d tell me to go back to Toronto. I was promised rudeness at every opportunity. Really not the case at all. Everyone is super helpful. If you aren’t afraid to butcher the language of French, people here bend over backwards to help you out. I also got invited to a pool party the first week I was here. Merci à vous. Très gentil.

6. No respect for the posted closing hours

Where I’m from, if a restaurant says its open until 9 and you walk in at 8:55 you are getting served. Here, if it’s not busy and you show up at 8:30 they tell you “too bad.” At first this really annoyed me. But its kind of grown on me. I worked in fast-food restaurants, and I hated having to clean everything a second time because someone wanted an Italian BMT. So, good for you guys. The customer isn’t always right, go home if no one is there.

Every time you speak English with a Montrealer they will start by apologizing about how their English is so terrible, and then promptly proceed to speak with a more developed lexicon than me. It’s incredibly impressive and it makes feel bad that these people speak a second (or sometimes third) better than my first.

8. Celine Dion really is a treasure

I always thought of her as the Titanic theme lady but very quickly I was schooled to the genius of this women. This is top tier karaoke music (better than “Sweet Caroline” by far). “Sous le vent” is my anthem and I met my girlfriend when we were singing “Its all coming back to me now” together. Thank you, Montreal, I am truly happy I will not spend the rest of my life missing out on her discography.

I was going to write 10 but I got lazy. Honourable mentions include: mayonnaise with French fries, parks that are world class while everyone acts like it’s just normal, and road construction.

If you feel like comparing, here are things that a Montrealer things you should know before moving to Montreal.