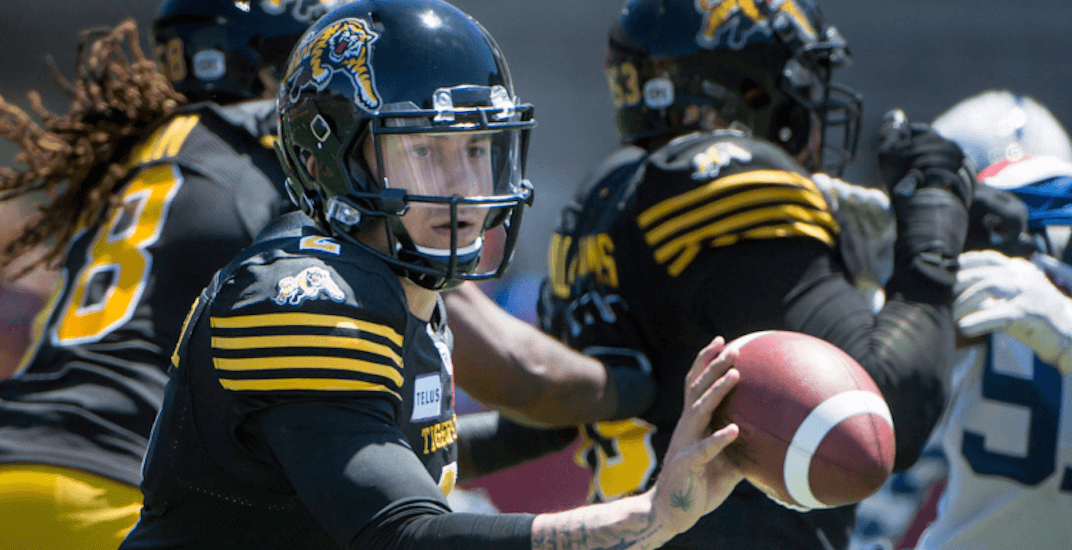 The Montreal Alouettes pulled off a trade that has brought Johnny Manziel to La Belle Province.

The Als, who have already used three quarterbacks this season, are expected to give Manziel a chance to play and it might even happen as early as Thursday at home versus the Edmonton Eskimos.

The Alouettes have started off the 2018 campaign at a league worst 1-4.

As the 25-year-old controversial former Heisman Trophy winner makes his way to Montreal, fans took to Twitter to voice their reactions.

The trade has certainly created a buzz in the city and the fan reactions are pretty funny, with some jabs even delivered at the expense of the Montreal Canadiens.

Johnny Manziel is on his way to Montreal. Trees in Cote St-Luc haven’t been this nervous since the acquisition of Zack Kassian.

Last thought…there were some prior concerns about his dedication to the game and if he’s grown up. What do we do? Trade him to a city like Montreal where the night life is hardly a distraction. 🤦🏽‍♂️🤦🏽‍♂️🤦🏽‍♂️🤦🏽‍♂️

How do you say Johnny Football in French? #Alouettes

During his stint in Hamilton, it appeared Johnny Manziel had matured.
But you put a party animal like Manziel in a party town like Montreal and …
Match, meet kerosene.

Johnny Manziel has been traded to Montreal.

Can he play centre?#Habs #Als

Johhny Manziel has been traded in the CFL.
I didn’t even know though they traded players in the CFLhttps://t.co/IuFLk7IVyE

Manziel sees Montreal bars are open til 3 am….
*accepts trade*

Well, the Johnny Manziel era is over in Hamilton. pic.twitter.com/KA8u0JMdh0

Montreal has been hoping for a centre, not a guy behind centre #JohnnyFootball #Manziel #Bergevin #AlsMTL #Alouettes #Ticats

Feel for all those #TigerCat fans who bought #Manziel jerseys. I know how you feel #Browns

OMG. Who made this? #Manziel pic.twitter.com/LtVlyCMNr2