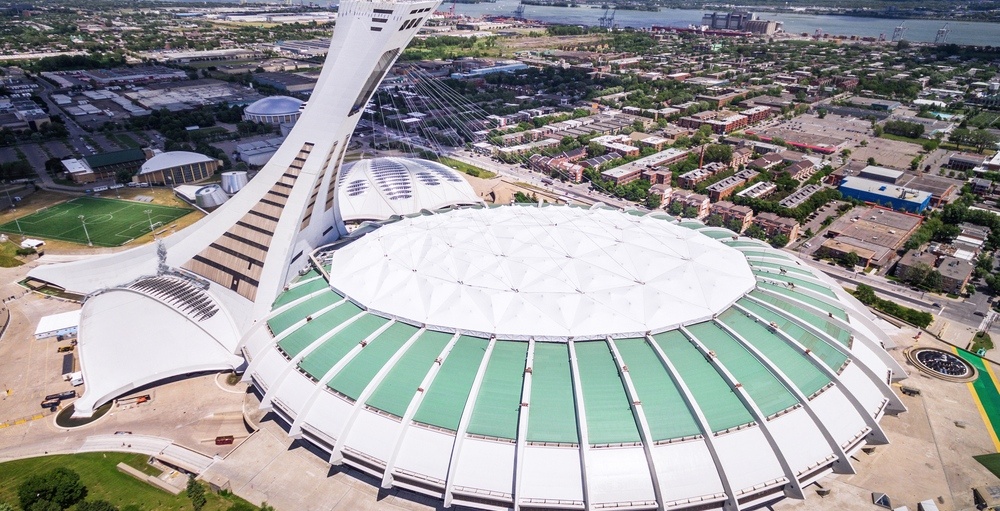 During what could be a joyous occasion – the prospect of hosting games for the 2026 FIFA World Cup – Montrealers took to Twitter to voice their displeasure.

After announcing that Montreal’s Olympic stadium will be getting a new $200-$300 million dollar roof in time for the world-renowned soccer tournament, Montrealers were having trouble justifying why anyone would pour even more money into a 42-year old stadium that never really worked… and took the city 40 years to pay off.

I….I….I’m trying to wrap my head around spending $300 million to fix up a piece of #$%! Big Owe instead of maybe $800 million for a NEW stadium. The World Cup is in EIGHT YEARS! Oh #Montreal, I love you but you can be so stupid sometimes. What an embarrassment. #polmtl

Will Montreal’s Olympic Stadium even be standing in 2026?? #United2026

Serious question, will the Olympic Stadium in #Montreal still be a viable venue for #WorldCup2026 matches in 8 years?

It might cost less to airlift BC Place to Montreal than to turn Olympic Stadium into a respectable venue.

“every city wanting to take part has stadiums that are already built and operating, with an average capacity greater than 68,000, and with guaranteed continued use after the tournament” Not sure Montreal’s Olympic stadium counts. #WorldCup2026 #montreal https://t.co/sAyzTEPNUH

Wait. Montreal officials are doing WHAT to the Olympic Stadium? https://t.co/VvQxd1Pctp pic.twitter.com/oNyAMPMvHO

If Olympic Stadium in Montreal gets any games, someone will probably get killed by falling cement

$400M plus in repairs & upgrades to the Olympic Stadium in Montreal-… Oh Joy!

It’s perhaps one of Canada’s most ridiculed buildings, but in 2026 Montreal’s Olympic Stadium will not only host #WorldCup2026 games, it will mark its 50th anniversary. @FIFAWorldCup pic.twitter.com/TpOpjxXcob

Suddenly finding out that Montreal has to host FIFA World Cup games at Olympic Stadium is like unexpectedly hooking up at a bar one night and realizing in a panic that you have to bring her back to your dirty dish filled, filthy laundry strewn, pizza box festering apartment.

Montreal to host World Cup 2026 matches. Does anyone know if this changes the OIB’s plan to install a new roof on Olympic Stadium at costs upwards of $250 million? Seems like it would make more sense to be roofless @jacktodd46 @HunterZThompson @zababes1 @ArponBasu @JessRusnak

@JustinTrudeau please dear Prime Minister. WC 2026. World Event. Please. Do. Not. Let. Montreal. Host. In. Olympic Stadium. It would be shameful. Itll be 50 years old. Its decrepit. Give them money for a new Stadium.

I’d like to apologize in advance to the @FIFAcom @FIFAWorldCup ‘nations’ for the Olympic Stadium in Montreal 🇨🇦 where some games will be played. No renovations can mask the fact that this ‘toilet’ does not deserve world class football being played there. 😞

How can you play a #WorldCup game at Olympic Stadium in Montreal? It’s a dump with falling concrete & artificial turf. #qcpoli

Kinda want the final to be held in Montreal’s white elephant of an Olympic Stadium, just for shits and giggles. https://t.co/HNo2GFbQvP

It’s pretty funny that the frickin’ World Cup will be played NEXT DOOR to Canada’s nicest soccer-specific stadium.

The gift that keeps on taking. 😉

Spend 35 million and up Saputo’s capacity to 30k+ seats. If BMO can host a world cup game at that size, why do we need the Big O.