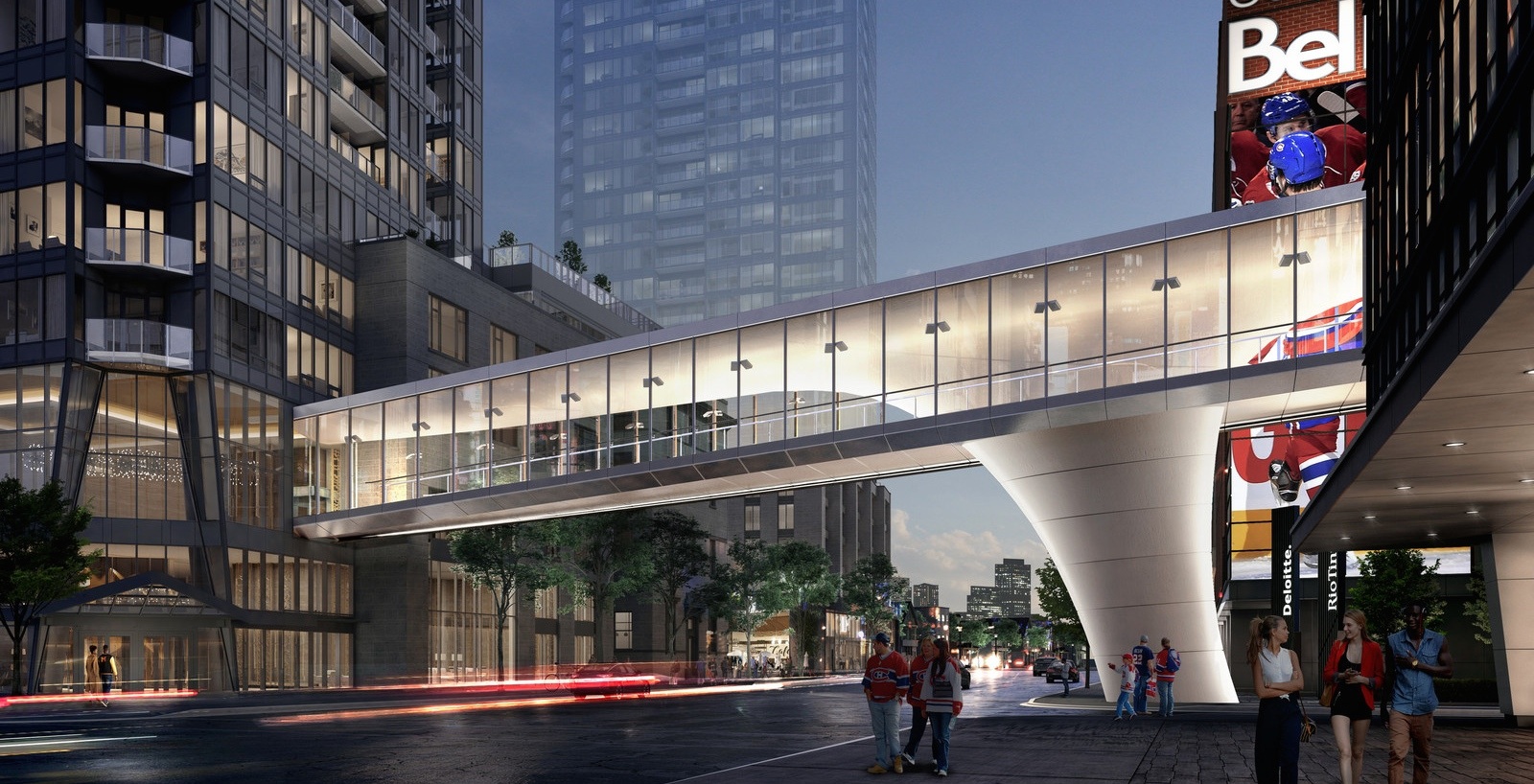 Travelling from Montreal’s metro system to the Bell Centre and the Tour des Canadiens is about to get a whole lot more futuristic.

Cadillac Fairview, Canderel, the Fonds immobilier de solidarité (FTQ) and the Club de hockey Canadien have announced the start of construction of the Quad Windsor Skybridge that will be built across St. Antoine Street.

Accessible to the public, the Quad Windsor Skybridge will also add to the popular tourist area’s urban design. More than 200 feet long and 20 feet above the ground, the structure will be made of 3×3 ft. steel tubes as well as insulated glazed units, allowing for maximum transparency.

The lightning will be designed by the Ombrages Lighting firm, known for the illumination of the Jacques-Cartier Bridge, Le Casino de Montreal and the Olympic Park Tower.

The future skybridge will allow residents and visitors unprecedented access from the new district Montreal is creating, Quad Windsor, to downtown’s core and Griffintown without ever having to step outside.

“Cadillac Fairview is proud to serve as the catalyst in the transformation of Montréal’s downtown core by developing Quad Windsor, a vibrant new district that links the city’s financial core to the south,” said Brian Salpeter, Cadillac Fairview Senior Vice President of Development, Eastern Canada. “We are committed to building best-in-class and first-to-market projects, such as the three Tour des Canadiens residential towers, Deloitte Tower, the Rio Tinto Courtyard and a revitalized Windsor Station, and we are proud to announce the start of construction of the Quad Windsor Skybridge, which will serve as a physical and symbolic connection between downtown Montréal, Griffintown and beyond.”