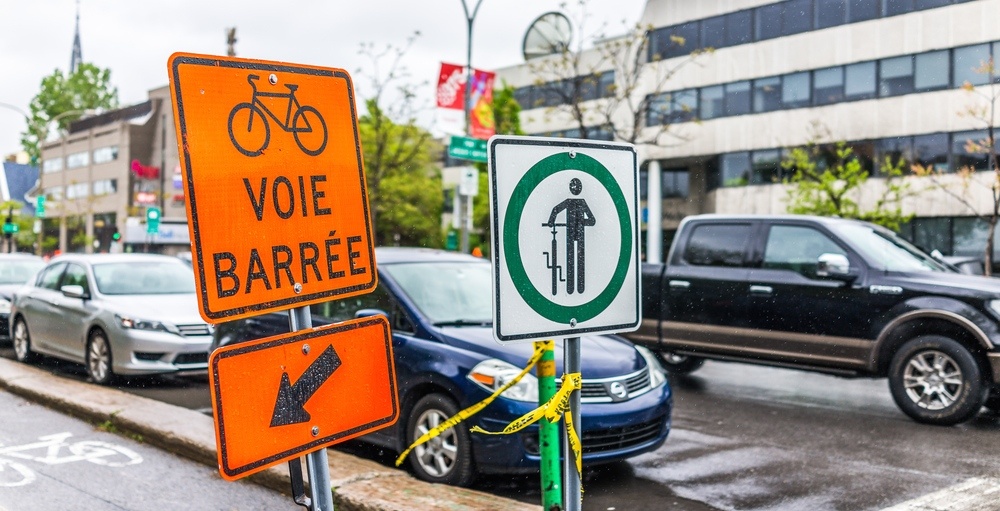 A petition that garnered close to 7,000 signatures has caused Quebec’s Transport Ministry to reconsider road signs in the province.

The petition was presented to the National Assembly of Quebec and requested an alternative to Quebec’s unilingual road signage.

Signs on Quebec roads and highways that read, “Entrée interdite quand les feux clignotent,” “Respectez les feux de voies,” “Risque d’aquaplanage,” and “Dégel” for example, are too difficult to understand to people who don’t speak French (and even to some who do).

The argument claims that drivers who come in from out of town, who can’t decipher the signs (that don’t have pictures) cause a threat to pedestrians and other motorists.

According to Quebec’s Charter of the French Language (known as Bill 101), in order to justify the health and safety of the public, the French wording on traffic/road signs may be complemented or replaced by symbols and/or pictograms.

While agreeing to comply with adding pictograms to French signs, the Transport Ministry claims that electric signs over tunnels and highways will also have symbols to make it easier to understand.

After all, everyone’s safety should be “numéro un.”