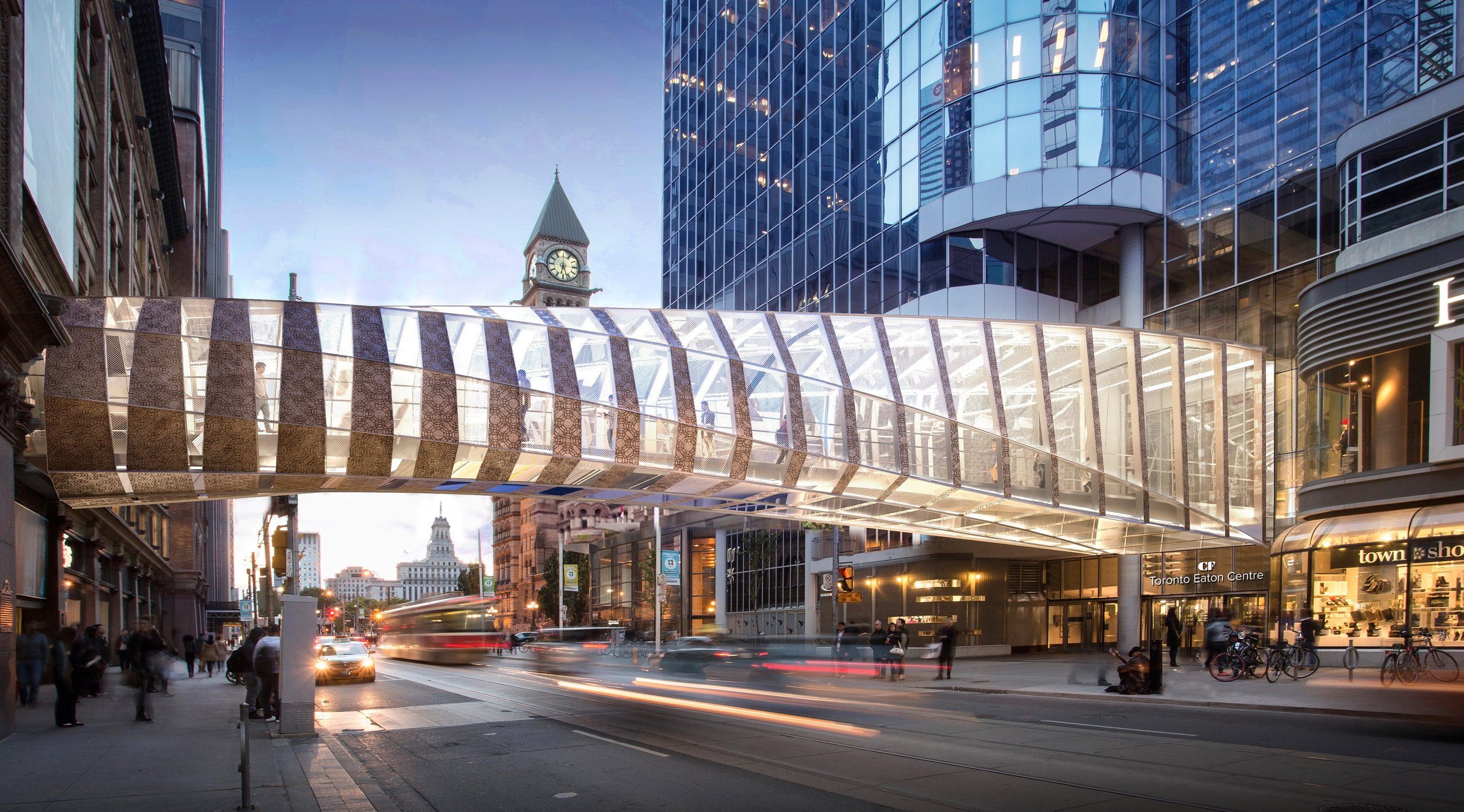 Getting from the Eaton Centre to Hudson’s Bay is soon going to be a lot more of an experience than ever before.

That’s because Cadillac Fairview (CF), owner and operator of the Toronto Eaton Centre, has unveiled plans for a new pedestrian bridge across Queen Street that will better connect the mall to both Hudson’s Bay and Saks Fifth Avenue flagship locations.

“Beyond the simple utility of construction of a bridge across Queen Street, this pedestrian bridge will serve as a unique architectural icon and impressive space in its own right,” said Wayne Barwise, Executive Vice President, Development, Cadillac Fairview in a press release. 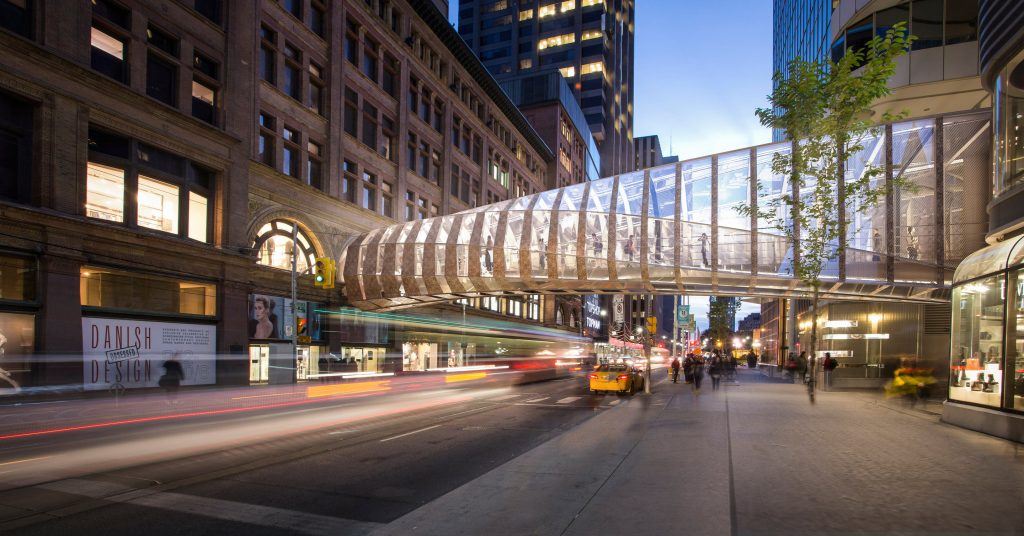 Barwise went on to add, “CF Toronto Eaton Centre is celebrating its 40th Anniversary this year and with approximately 2 million people using the bridge annually, it was time to enhance both its aesthetics and functionality for our shoppers and the public by creating a sculptural urban feature, as well as a unique identifier for the city.”

Interestingly, the bridge will be assembled adjacent to the shopping centre on James Street and lifted into place once complete. Construction is slated to begin this month and the bridge is expected to be in place later this fall.

An international design competition was held with architects WilkinsonEyre winning the bridge bid.

“We designed the bridge’s form to connect together the two inherent geometries of each building, transforming from the historical, circular arches of the Hudson’s Bay and Saks Fifth Avenue building to the modern rectangular geometry of CF Toronto Eaton Centre. This union of the two buildings is further reinforced by the use of bronze and glass cladding, inspired by the materials used on both buildings, which flow, wave-like in opposite directions across the bridge,” according to Dominic Bettison, designer of the bridge and Director at WilkinsonEyre. “This meeting and blending of the two building’s form and materials becomes a beautiful and metaphorical ‘handshake’ extending out over Queen Street.”

Whether this is a hand you’d like to shake or not, one thing’s for sure, Queen Street is going to have a new Instagram hot-spot later this year.