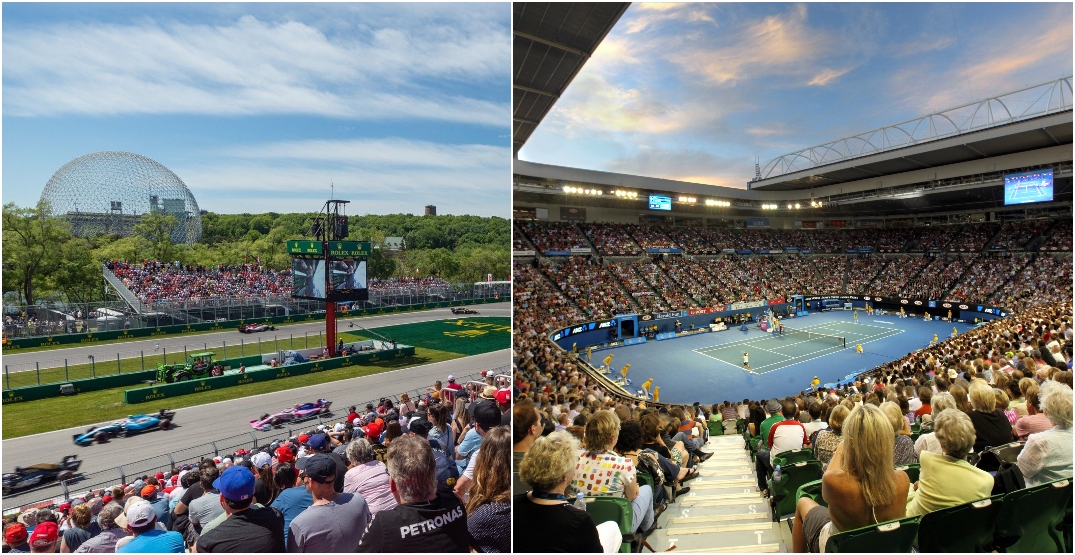 The Canadian Grand Prix is back in Montreal for the first time after two straight years of cancellations. And while its return is cause to celebrate, higher ticket prices have been a tough pill for many spectators to swallow.

New data published by SlotsOnlineCanada.com assessed the ticket prices of some of the world’s largest sporting events and the Grand Prix finished among the top 15.

Unsurprisingly, February’s Super Bowl topped the list, with the average ticket going for $8,869. The upcoming 2022 Stanley Cup Final is a distant second with average ticket prices hovering around $3,500.

Montreal’s Grand Prix, though, finds itself right below the 2022 World Cup Final, whose ticket prices are selling for $467 on average. The Canadian race’s tickets are going for an average of $408 a pop.

That’s more expensive than the average ticket to events like WrestleMania 38 ($308), UFC 272 ($208), and Wimbledon ($198). Montreal’s Gilles Villeneuve Circuit also holds over 100,000 people, which amounts to a nice chunk of change for event organizers.