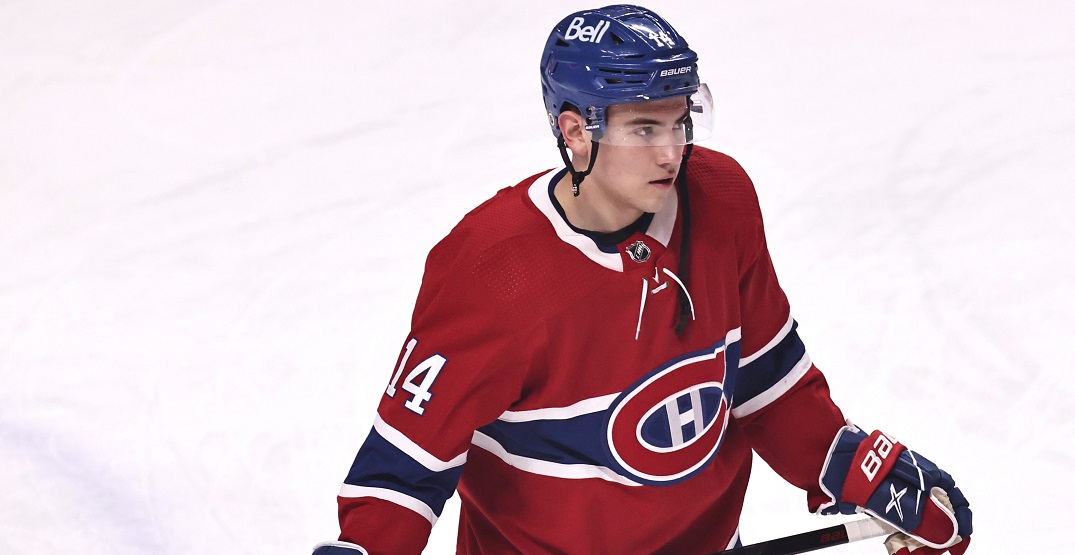 “We’ve definitely dug ourselves into a hole,” Suzuki said following the Canadiens’ 4-2 loss to the Anaheim Ducks.

The Canadiens have now lost eight of their first ten games, and have scored just 19 goals while allowing 34.

New signing Mike Hoffman leads the team with four goals this season, while Matthew Perreault has three, though he scored them all in a single game. No other Canadiens player has more than two goals, and Suzuki has yet this season.

He has five assists in his ten games played so far, his first after signing an eight-year, $63 million contract extension this offseason. The Canadiens held a team meeting following Saturday’s 5-2 loss to the LA Kings, including a team address from general manager Marc Bergevin.

But Sunday’s game provided no immediate answers, as the Habs fell to 1-3 on their west coast road trip.

“I always put a lot of pressure on myself to contribute,” Suzuki added. “Throughout my whole career, I want to be a go-to person. Today I wasn’t really doing much… [It was] probably one my worst games so I’m pretty disappointed in how I played. I’ve got to play better.”

Montreal is 30th place in the league, ahead of only winless Arizona and Chicago.

The Canadiens return home to Montreal on Tuesday night, hosting the Detroit Red Wings. In their last matchup on October 23, the Canadiens pulled out their biggest victory of the season, coming out on top by a 6-1 score.