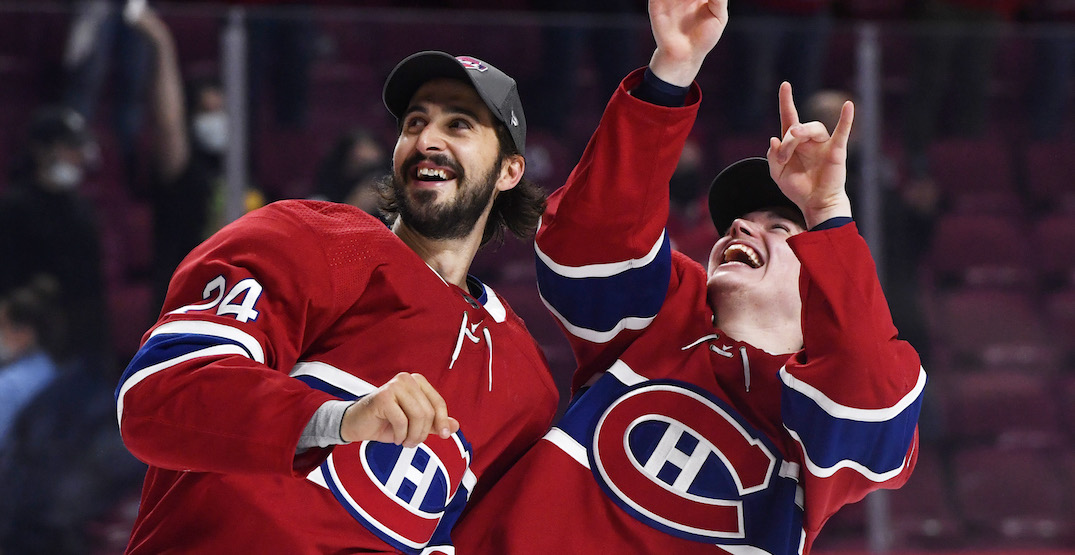 Hockey players are known to be guarded in front of the media. They often give reporters the same old run-of-the-mill responses in an effort to avoid the limelight.

But every once in a while we get a more than we asked for.

That was the case with former Montreal Canadiens forward Phillip Danault today.

Danault spoke to the media today, one day ahead of his first game against his former team as a member of the LA Kings.

The 28-year-old centre shared an “intimate” anecdote about the night the Montreal Canadiens advanced to the Stanley Cup Final, after beating the Vegas Golden Nights at the Bell Centre.

Phillip Danault and his wife are expecting a little girl. They wanted to wait for his next contract to have a second child, just to be settled, knowing it wouldn’t be in Montreal. He said the child was conceived on June 24th, the night of Game 6 against Vegas. Seriously.

Danault, after signing with L.A., had previously called that game against Vegas his best memory in a Canadiens uniform. We all thought it was because it was on St-Jean and he set up the OT winner by Artturi Lehkonen. Now we know the real reason, I guess.

Montrealers will never forget the euphoria that came with advancing to the final on home ice on Quebec’s national holiday. And neither will Danault, who assisted the overtime winner.