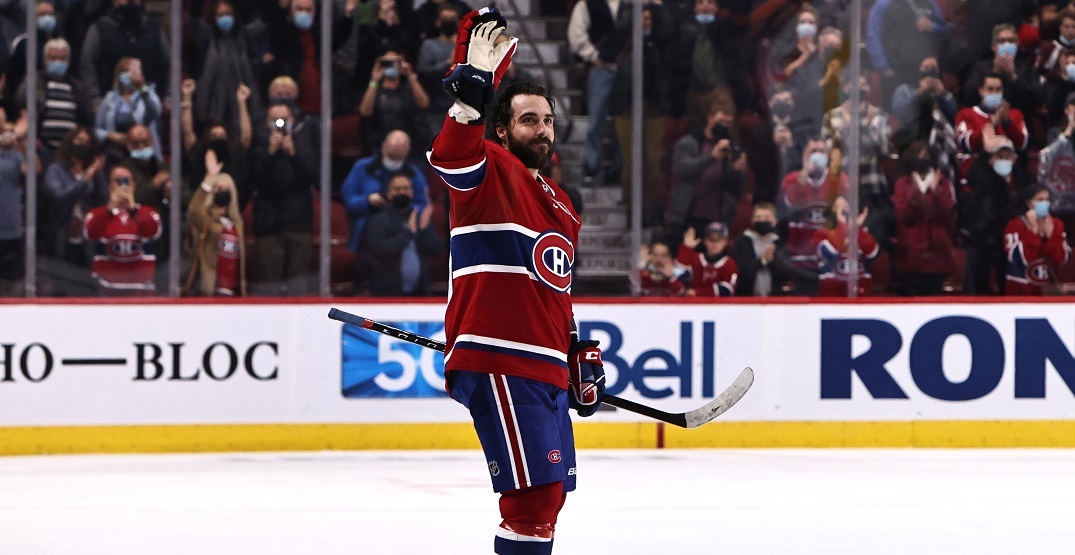 The Habs haven’t had the greatest start to the season, but Montreal Canadiens forward Mathieu Perreault made sure to make Saturday’s win count.

A night after Jesperi Kotkaniemi came to the Bell Centre and scored in his return game against the Canadiens, Perreault put three pucks in the net in a 6-1 victory over the Detroit Red Wings.

With his hat trick, Perreault became the first Canadiens player born in Quebec to score three times in a home game since Vincent Damphousse in 1998.

Phillip Danault was the last Quebec native to get a hat trick anywhere for the Canadiens, having done so in December 2018 against the Vegas Golden Knights.

“You don’t even dream about moments like that,” Perreault said postgame. “You just dream about being in the NHL, maybe have a chance to play for the Canadiens but to actually score a hat trick in your home building, it’s not even stuff you dream about so it’s an unbelievable feeling.”

Also scoring on the night for Montreal were Christian Dvorak, Ben Chiarot, and Mike Hoffman.

Perreault was born in Drummondville, and played his junior hockey with the Acadie-Bathurst Titan before being drafted by the Washington Capitals back in 2006, where he spent three seasons. From there, Perreault played one season with the Anaheim Ducks before spending the last seven playing for the Winnipeg Jets.

“You can tell that he’s proud to wear that jersey,” Canadiens coach Dominique Ducharme said postgame. “You could see his smile and how happy he was on the ice… he was rewarded tonight.”

The 1-5-0 Habs travel to Seattle on Tuesday for their first-ever matchup with the NHL’s newest team in the Seattle Kraken.