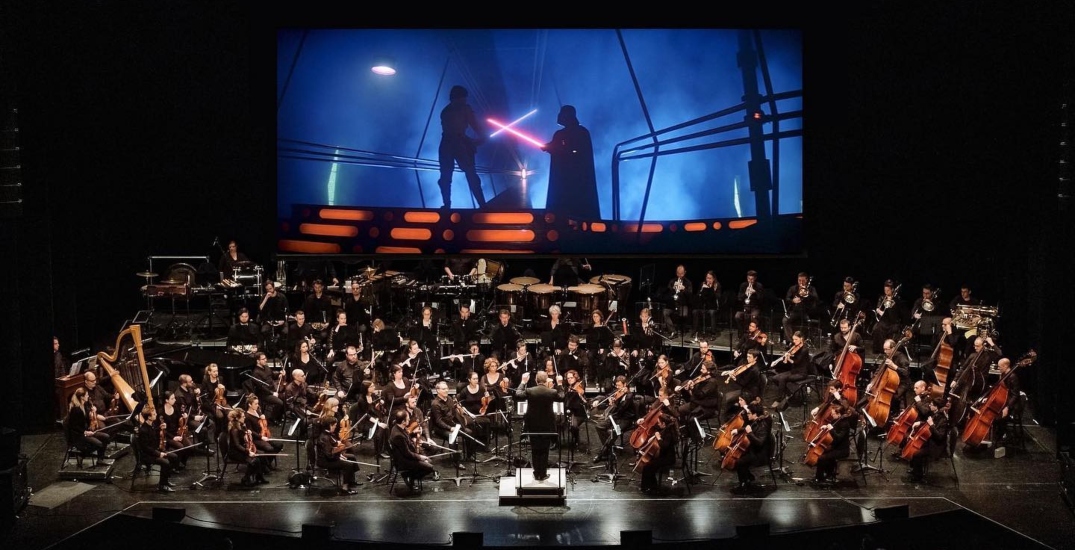 A galaxy far, far away is coming to Place des Arts.

One of the most iconic soundtracks in the history of film will be played out in concert at the Salle Wilfrid-Pelletier in August.

The Quebec entertainment company, GFN Productions, has announced two dates for Star Wars: The Empire Strikes Back in concert.  Experience the power of the force with 78 musicians of the FILMharmonique, led by Erik Ochsner.

All two hours and 25 minutes of the original film will be shown on the salle’s big screen with French subtitles and one intermission.

Prices for the two-day event start at $74.20. For those uninterested, you may want to remember the wise words of Darth Vader: “I find your lack of faith disturbing.”

Star Wars: The Empire Strikes Back