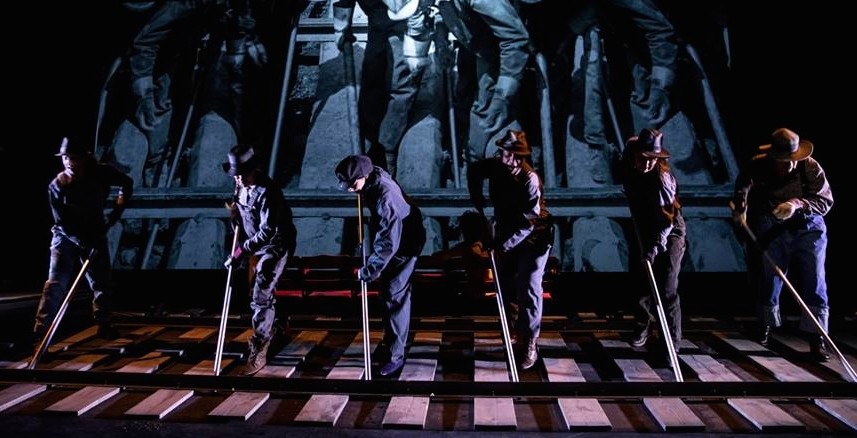 The most controversial show at The Montreal International Jazz Fest will continue to tour across Quebec even after a week’s worth of shows were cancelled.

‘SLĀV: a theatrical odyssey based on slave songs,’ generated controversy after picketing protesters rallied against the production which incorporated songs composed by slaves.

The show was labelled as cultural appropriation as the production featured a predominately white cast singing songs of slavery and picking cotton in the U.S. South.

But the show will still go on.

SLĀV’ director, Robert Lepage defended his production and claimed “this cancellation is a direct blow to artistic freedom,” through a statement posted on Facebook. “Since the dawn of time, theatre has been based on a very simple principle, that of playing someone else. Pretending to be someone else. Stepping into the shoes of another person to try to understand them, and in the process, perhaps understand ourselves, better.”

Despite the heavy backlash, SLĀV will be staged in Sherbrooke, Saint-Jerome, Drummondville and Saguenay in the fall.

While describing theatre production as a living, evolving art form, Lepage ended his statement by claiming “I will always demand the right for theatre to talk about anything and anyone. Without exception.”

Lepage has yet to announce if changes will be made to the cast to better reflect the subject matter.