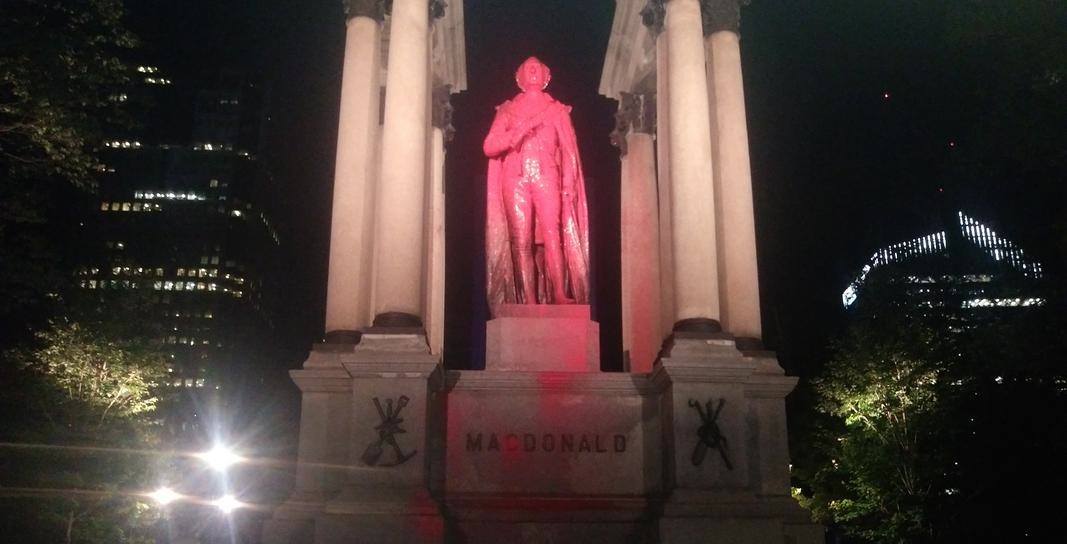 Anti-colonial activists covered the John A. Macdonald Monument and the Maisonneuve Monument in red paint over the weekend. They did so as a rejection of settler-nationalism, taking a stance against past genocide and racism.

The activists targeted the Macdonald and Maisonneuve monuments because they both publicly celebrate English and French colonialism.

The vandals posted information and photos about their objection on the Montreal Counter-Information website. The website provides a free space for anarchists in Montreal to broadcast their ideas and actions.

“The monuments are unapologetic public icons to the genocide of the Indigenous nations of Turtle Island, and racism in general,” claimed the activists through the website. “We also denounce and resist the racist far-right — whether Quebec or Canadian nationalists, whether francophone or anglophone — who are nostalgic about a racist, genocidal, and white supremacist past. Our vandalism is also aimed against them.” 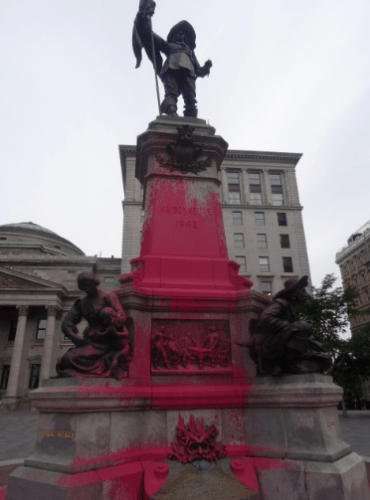 The vandals want the monuments to be placed in museums as historical artifacts and have vowed to continually trash the monuments until they are removed from public space.