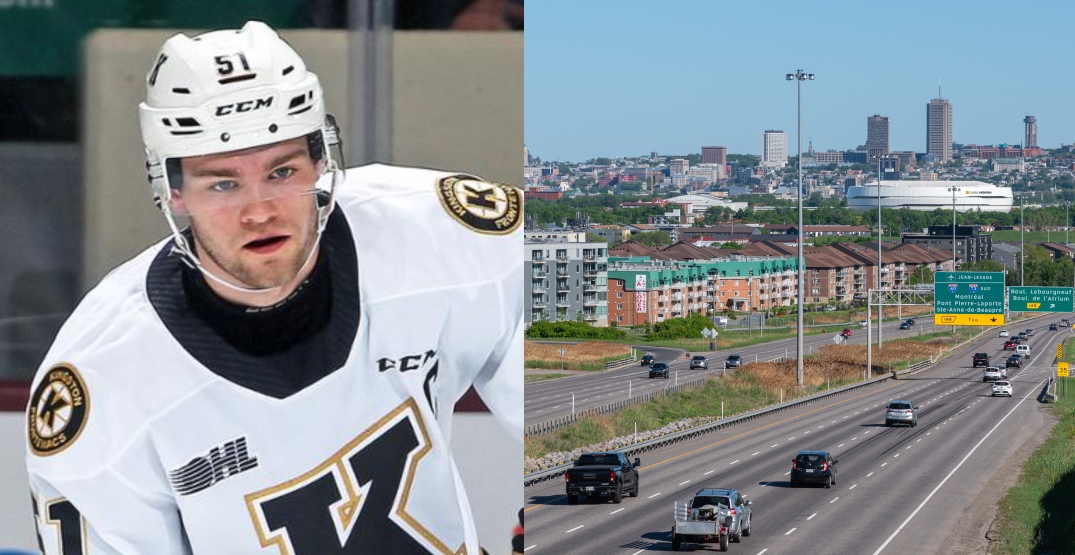 Things turned a little stressful on Tuesday when top prospect Shane Wright and his family were pulled over on their way to Montreal for the upcoming NHL Entry Draft.

According to the prospect’s grandfather, Timothy, the Wright family was stopped by police while travelling on a Quebec highway. Officers were apparently looking for a car that was involved in an accident but quickly realized they had stopped the wrong vehicle when they saw the 18-year-old.

Funny Story: Wright family car pulled over on Highway going into Quebec. Looking for a similar car involved in an accident ( wasn’t them). Officer recognized Shane and asked for a photo with him. Of course he obliged. Officer is a huge CH fan.

Wright’s grandfather posted about the incident on Twitter, adding that the police officer who stopped them asked Wright for a photo since he was, in fact, a big Canadiens fan.

The Burlington, Ontario, native, who scored 32 goals and amassed an impressive 94 points over 63 OHL games last season, is widely expected to be drafted by the Habs, who hold the first overall pick at this year’s draft in Montreal.

He was given outstanding player status for the 2019-20 OHL season as a 15-year-old, turning out to be only the 6th player permitted early passage into the association. Among the others were NHL stars Connor McDavid of the Edmonton Oilers and John Tavares of the Toronto Maple Leafs.

The NHL Entry Draft will take place on July 7 and 8 at the Bell Centre.