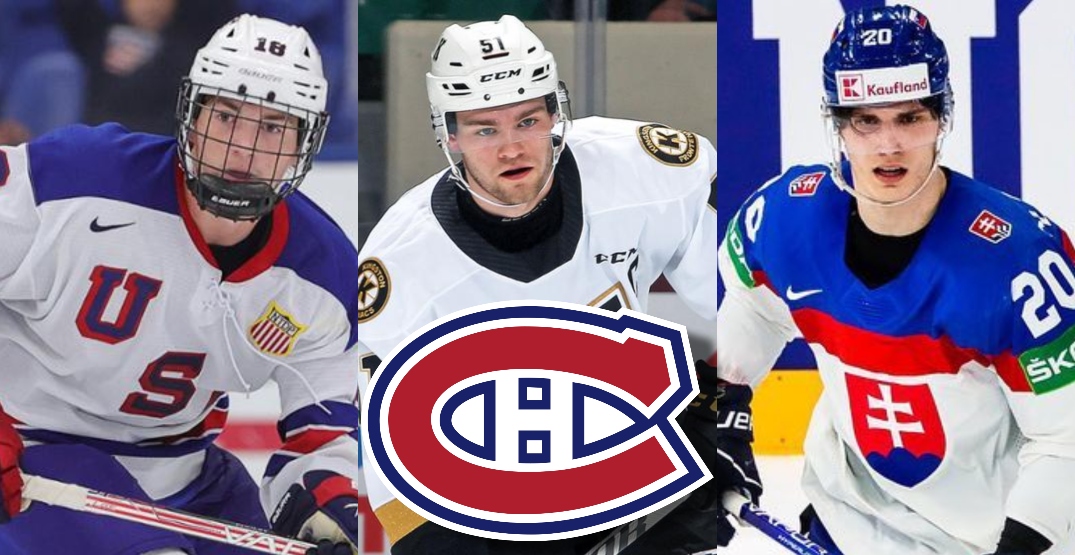 Montreal Canadiens general manager Kent Hughes met with members of the media on Monday afternoon to discuss the team’s strategy ahead of Thursday’s NHL Entry Draft.

Hughes was joined by special advisor to hockey operations Vincent Lecavalier, and confirmed that the team, who has the first overall selection, is currently eyeing “three players.”

General manager Kent Hughes and Vincent Lecavalier meet the media ahead of the #NHLDraft.#GoHabsGo https://t.co/K00Iktwkjb

The GM also did not dismiss the possibility of trading the pick.

“I expect that we’re going to use that pick,” said Hughes. “I can’t sit here and promise that we wouldn’t if we received a phone call that was too good to turn down.”

Over the past year, many analysts and fans have been in agreement that Kingston Frontenacs centre Shane Wright would likely be selected by whichever team holds the coveted first pick. But despite him being the obvious choice, the case for selecting Juraj Slafkovsky, has strengthened after the 18-year-old winger topped Bob McKenzie’s annual scout survey for NHL Draft supremacy, with five of 10 scouts surveyed opting to go with him over Wright.

Meanwhile Lecavalier, who was drafted first overall by the Tampa Bay Lightning in 1998, mentioned that, along with Wright and Slafkovsky, Logan Cooley is also being considered by the Canadiens. “They’re certainly three different players, but three very good players.”

The former Lightning captain imparted some words of wisdom for whichever prospect the Canadiens choose. “My advice would be enjoy the day but after that, you got to get to work to make your dreams come true.”