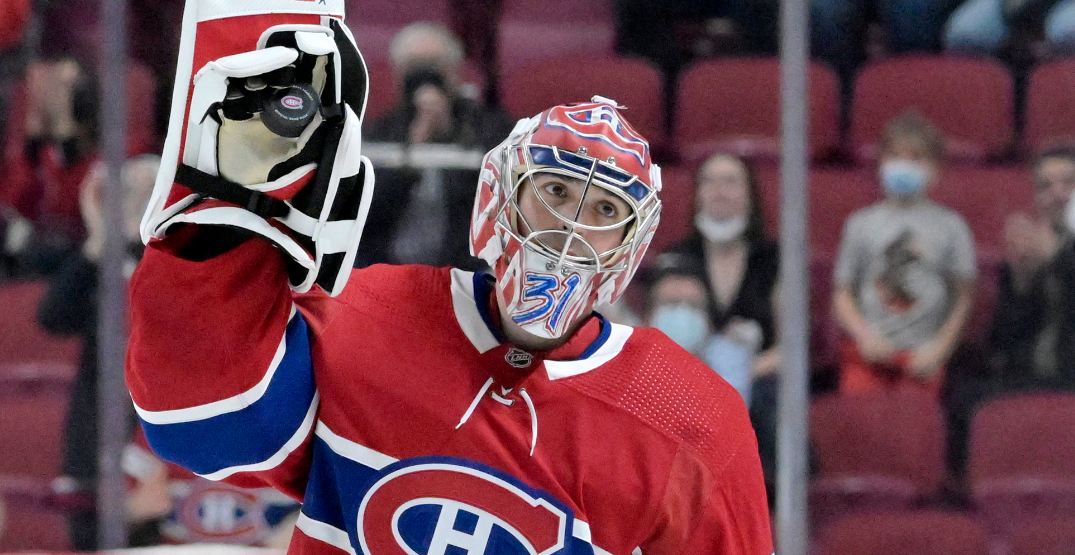 Carey Price is expected to be back with the Montreal Canadiens to begin next season.

According to TSN 690’s Shaun Starr, Price both had a “minor cleanup on his knee and is doing very well.”

Starr added that Price will be healthy and expected to start next season.

Another interesting tidbit shared by Starr is that Price’s max number of games played is 50. He last played 58 games in the 2019-20 season, having played 25 and five games in each of the past two years respectively. Of course, Price also had 22 playoff appearances on the Canadiens’ run to the 2021 Stanley Cup Final.

Last year was particularly rocky for Price on and off the ice, as he was dealing with both a knee injury as well as mental health and substance issues.

Price opened up about his mental health while away from the team, before playing all five of his games in April.

“Over the last few years, I have let myself get to a very dark place, and I didn’t have the tools to cope with that struggle,” Price said in a statement last November.

“Last month, I made the decision to enter a residential treatment facility for substance use,” Price continued in the November 2021 statement. “Things had reached a point that I realized I needed to prioritize my health for both myself and for my family. Asking for help when you need it is what we encourage our kids to do. And it was what I needed to do.”