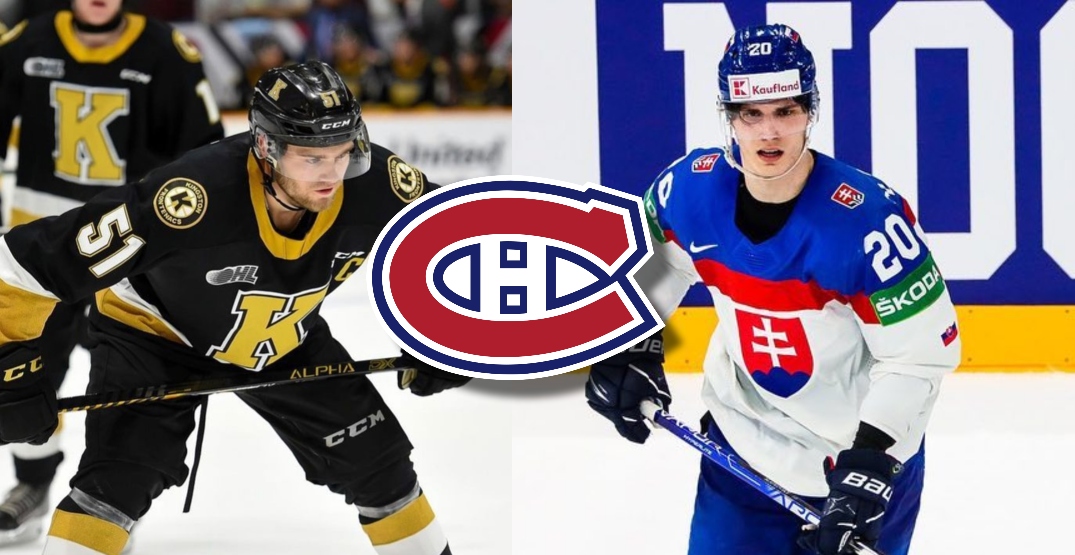 No team is more excited than the Montreal Canadiens for the upcoming NHL Entry Draft. Not only do they have the first overall pick but also home-ice advantage as the event will take place at the Bell Centre this July.

While picking first is a blessing, it’s also sort of a curse since your choice is the most highly scrutinized. And from the moment Montreal won the Draft Lottery back in May, the Habs faithful have been arguing about which player their club should select.

While Kingston Frontenacs centre Shane Wright is the favourite among the overwhelming majority of fans and experts, others have been making the case for Slovakian winger Juraj Slafkovsky.

They each bring different strengths to the ice and both have publicly expressed interest in wearing the CH.

All eyes will be on General Manager Kent Hughes who says he has not yet made a decision, as he debates the final call. But for now, here’s how both of the prospects compare to one another.

At 6’0” and 191 pounds, Wright already has the makings of a defensively responsible offensive centreman. The Burlington Ontario native scored 32 goals and amassed an impressive 94 points over 63 OHL games last season.

He was given outstanding player status for the 2019-20 OHL season as a 15-year-old, turning out to be only the 6th player permitted early passage into the association. Among the others were NHL stars Connor McDavid of the Edmonton Oilers and John Tavares of the Toronto Maple Leafs.

Wright would also be a welcome addition to the Canadiens down-the-middle depth that currently includes the likes of Nick Suzuki, Ryan Poehling, and Christian Dvorak. In 2021, analysts from EPrinkside.com called him “a dynamic playmaker with a sniper’s release.”

He is undoubtedly a shoo-in for the number one spot.

While he was projected to go fourth in the draft earlier in the year, Juraj Slafkovsky’s stock went up after the 18-year-old had outstanding performances at the Olympics and World Championships. Last winter, the Slovakian winger won Olympic bronze and MVP honours with seven goals in Beijing.

Slafkovsky also possesses an advantage over Wright: He knows what it’s like to compete against full-grown men. In the 2021-2022 season, the towering 6’4” winger played 31 games in the SM-liiga with TPS Turku.

The young winger has proven he can protect the puck, score highlight-reel goals, and hold his own as a teenager.

At the scouting combine, Slafkovsky responded to a reporter’s question about his meeting with Canadiens management. “I didn’t have the dinner,” he said, “but I think the talk we had was maybe, like to me, tasted better.”

Slafkovsky’s flashy play and physicality could potentially push him to number one. He would undoubtedly be a nice addition to a line featuring the skill and speed of Caufield and Suzuki.

The two-day 2022 NHL Entry Draft will take place on July 7 and 8 at the Bell Centre.