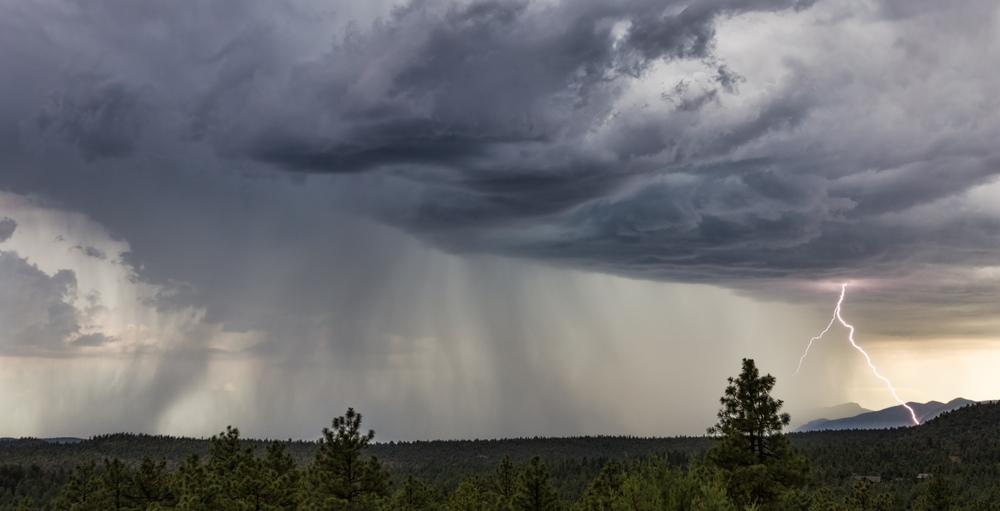 Following the destructive tornado that damaged parts of Ontario and Quebec last Friday, The Weather Network’s Wednesday forecast calls for scattered thunderstorms and the conditional potential of another tornado in southern Quebec.

The province is slated to get hit with scattered thunderstorms, cloudy skies and a cold front with the prospect of severe weather.

“One area of greater concern and complication is in a region bounded by the St. Lawrence River and US border which includes the Eastern Townships, where there is slight, but conditional tornado risk,” according to The Weather Network.

Regardless if that potential tornado risk comes to fruition, gusty winds of 50 to 60 km/h will spread over Quebec, jeopardizing structures and homes that were already vulnerable during last week’s severe weather. 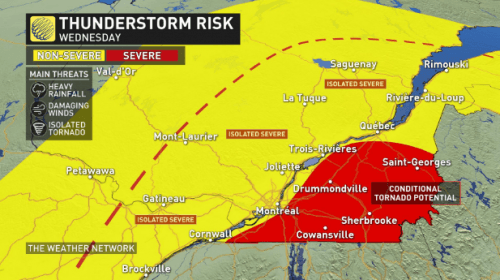 According to the website, areas in red should be monitored closely from the afternoon to mid-evening hours. A few isolated severe storms will cover much of southern and eastern Quebec, with damaging winds being the primary threat.

The Ottawa-Gatineau region may deal with a line of thunderstorms between 1 pm and 3 pm with Montreal and Quebec City expecting it from 3 to 8 pm.

By the late evening hours of Wednesday, the system will have cleared out of the province, with mainly sunny skies forecast for Thursday.

The website urges citizens to pay close attention to weather alerts throughout the day until the potential of severe weather has passed.