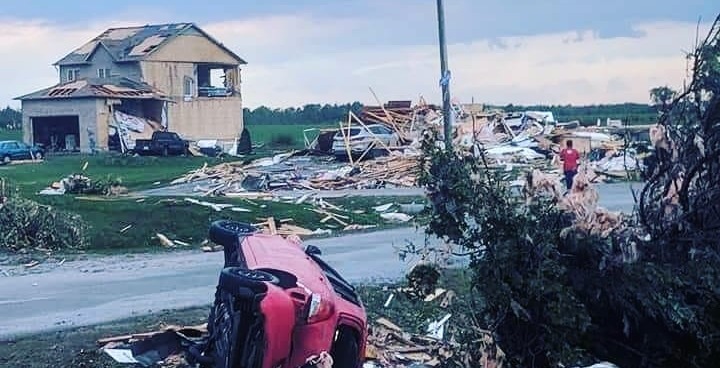 According to the public utility’s Twitter account, over 200 teams were deployed and 95% of the original 165,000 customers have had their power restored as of Monday morning.

The heavily affected tornado-damaged regions of Outaouais, the Laurentides, Abitibi Témiscamingue and Gatineau dealt with severe winds that were officially categorized as a tornado by Environment Canada.

Fortunately, despite wide-spread damage, only minor injuries were reported.

Locals who were caught in Friday’s storm took to social media to show the terrifying power of the tornado.

As of Sunday afternoon, all of the hotels in Outaouais were fully booked and stores were closed in the aftermath of the tornado.

The tornado-struck cities of Quebec are being surveyed and a final estimation of how much repairs will cost has yet to be determined.