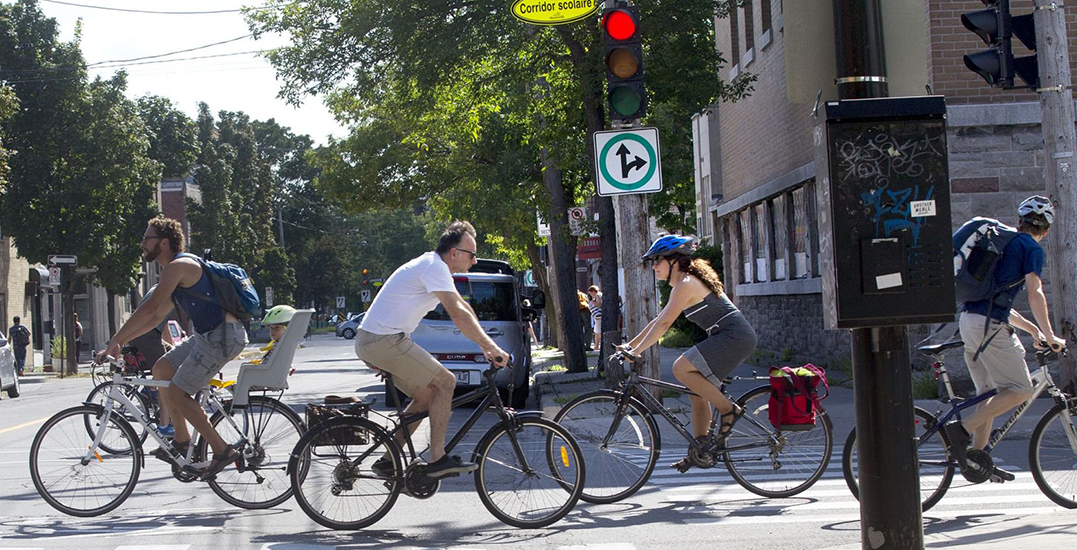 Montreal police are increasing awareness and enforcement measures in an effort to lower the number of cyclist and pedestrian casualties in the city.

This year has already been especially dangerous for pedestrians as 15 people have been killed by vehicles on Montreal roads in 2018, four more than this time in 2017.

According to the SPVM, the top risk factors that cause pedestrian accidents are jaywalking, standing too close to the curb, and distractions.

For cyclists, the factors in roadside deaths include failures to signal, wearing headphones and running red lights.

Montreal Police will be taking preventative measures which will include increased presence in key areas, ticketing of punishable offences and more advertising of pedestrian and bike rules.

The Ville de Montreal announced that they will release their plan to make roads safer by the end of 2018.