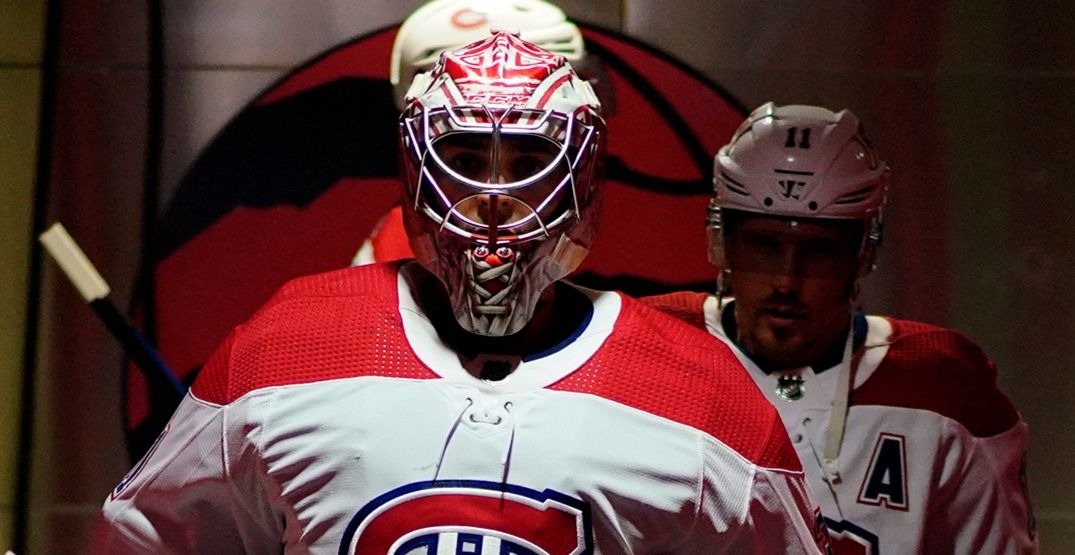 There weren’t many teams who left last year’s postseason bubble feeling so much better about themselves than they did when the season was put in hold in March as the Montreal Canadiens.

Back then, the Canadiens were playing uninspired hockey, had sold at the trade deadline, and were headed toward a third straight playoff miss.

But the NHL’s decision to end the regular season and go with an expanded playoff field when they resumed play in the summer gave the Habs new life, and they took advantage of it. Montreal pulled off a stunning upset of the Pittsburgh Penguins in their best-of-five qualifying round series, then gave the top-seeded Philadelphia Flyers all they could handle in a competitive series before ultimately losing in six games.

Now after an eventful offseason, the Habs are heading into the 2021 season with a renewed sense of optimism around the organization. As they look to build off their performance in the bubble and show it was no fluke, here are the seven biggest questions facing the team this season.

There was a lot of talk last season about how Carey Price’s best days were behind him and how he no longer belonged in the league’s elite tier of goaltenders.

When Price showed up in the Toronto bubble, though, he looked like the guy he won the Hart Trophy in 2014-15. Price was outstanding in Montreal’s playoff run, posting a .936 save percentage and 1.78 goals against average with two shutouts in 10 games.

He also made one of the most ridiculous saves you’ll ever see.

It’s hard not to think that Price’s pedestrian play in the regular season last year had something to do with the fact that he was simply overworked because the Canadiens didn’t have a backup goalie they trusted. Price ended up starting a league-high 58 games.

The Habs believe they’ve finally found Price a reliable partner in the crease, though, with the acquisition of Jake Allen from the St. Louis Blues.

#Habs Claude Julien: "it's not going to be where out of 56 games, Carey Price play 45 and the other guy plays 11 games — that's not where we're looking, we're looking at much better numbers than that"

If Allen can play well enough for Montreal to feel comfortable giving Price a healthy amount of rest, maybe we’ll be able to see more of the form Price showed in the postseason.

2. What happens with Danault?

The Habs locked up two core players who were set to hit unrestricted free agency after this season in Brendan Gallagher and Jeff Petry. Phillip Danault, on the other hand, looks like he’s going to head into the season without a new contract.

Danault is an important player for Montreal. He’s become a quality two-way centre and has developed great chemistry with Gallagher and Tomas Tatar, his regular linemates.

But the Canadiens are up very tight against the cap and Danault’s going to want a raise on his current $3.083 average annual salary. After the emergence of young centres Nick Suzuki and Jesperi Kotkaniemi in last year’s playoffs, Danault also publicly questioned his role on the team moving forward, saying he didn’t want to be used primarily in a defensive role.

If Marc Bergevin doesn’t think he’s going to be able to sign Danault and the Habs don’t look likely to make the playoffs, there’s a good chance he’ll be traded before the deadline. If the Habs are in the thick of the race, though, Bergevin’s going to have a tough call to make.

3. Will the power play be better?

On the road, it hummed along at a 24.7% clip. At home, it converted just 12.4% of the time. Being away from Bell Centre didn’t help the Habs in the playoffs, though, where they scored on just 15.2% of their power plays.

The power play is going to have a new look this season. Corey Perry was a late addition in the offseason, and while at 35 he isn’t anything near the offensive player he once was, the Habs still think he can wreak havoc in front of the net on the power play and are going to give him a chance to do so.

That's it for Period 2. Goals from Frolik, Toffoli and Koktaniemi. Jonathan Drouin created a lot out there, and Corey Perry has had some good looks in both periods. PP2–Romanov, Gallagher, Tatar, Perry and KK–has a really interesting dynamic to it; some chemistry building there

Other new acquisitions up front in Tyler Toffoli and Josh Anderson will also likely get a chance to show they can help Montreal’s power play improve, and it sounds like rookie defenceman Alexander Romanov may get a chance to run the second unit.

4. What kind of impact can Romanov have?

Alex Romanov, a second-round pick by the Canadiens in 2018 and former standout for Russia at the World Juniors, is arriving in Montreal from the KHL as the most hyped Habs prospect in a long time. His new teammates have already been impressed with what they’ve seen from the recently-turned 21-year-old defenceman.

Edmundson on the Birthday Boy, Alex Romanov: “He's good. Smooth skater, good hands and he puts in the work.[…]He's in the gym every day. He puts in extra time in there. He's a young kid that's got a lot of skill and he's hungry, so I'm excited to see what he does this season.” pic.twitter.com/hDbhjKbbW2

Tyler Toffoli is also impressed with Romanov: “He plays at 100 percent every single time. Even like the little drills, you can see he's going hard, he's finishing his checks, and you have to earn every piece of ice with him.” #Habs pic.twitter.com/kaACy69kXS

The last Habs rookie to win the Calder Trophy was Ken Dryden way back in the 1971-72 season. If Romanov can make a smooth adjustment to the North American game, Montreal is hoping he may just have the ability to change that this year.

5. Will Anderson reward Montreal’s faith in him?

The most controversial move of Montreal’s offseason was the trade that sent Max Domi and a third-round pick to the Columbus Blue Jackets for Josh Anderson.

Domi was just a year removed from being the Habs’ leading scorer. Anderson was coming off a season where he scored just one goal and four points in 26 games before having shoulder surgery.

Bergevin then doubled down on his bet on Anderson, signing him to a seven-year, $38.5-million contract. With that, Bergevin made it loud and clear that he believes the real Josh Anderson is the impact power forward with the skill to score 27 goals for Columbus two years ago. Anderson had better prove him right.

6. Will the Habs-Leafs rivalry finally be reignited?

As the two Canadian members of the Original Six, there’s a lot of history between the Canadiens and Toronto Maple Leafs.

At this point, though, most of it is ancient history. The rivalry has cooled due to the fact that these teams have rarely been good at the same time. As a result, they haven’t faced each other in the playoffs since 1979 and instead have kind of taken turns being rivals with the Boston Bruins and Ottawa Senators.

If things are ever going to heat up between Montreal and Toronto again, this year seems like as good of a time as any. Both teams are looking to make the playoffs in what figures to be a very tight North Division and will play 10 of their 56 games against each other.

Not only that, but the Habs will play their final three regular season games against the Maple Leafs. There could be a ton on the line for both teams in those games.

7. How much will they wear their reverse retros?

Remember when all the teams released their reverse retro uniforms? That was kind of fun. It at least gave starving hockey fans something to discuss and debate for a day or two.

Some teams (Los Angeles Kings, Colorado Avalanche) got a terrific reception to their new/old look. Others (New York Islanders, Detroit Red Wings), not so much.

The reaction to Montreal’s was pretty positive overall. The Habs took the “reverse” part of this exercise to heart and really just swapped the blue and red in their uniform. Somehow, they managed to make blue work as their primary colour.

It will be interesting to see what the reception is once the Canadiens actually hit the ice in these. The Habs haven’t made many changes to their iconic look over the years and it’s been a long time since they’ve even had any alternate jerseys.

It’s a nice jersey. Still, seeing the Montreal Canadiens wearing all that blue is probably going to take some getting used to.