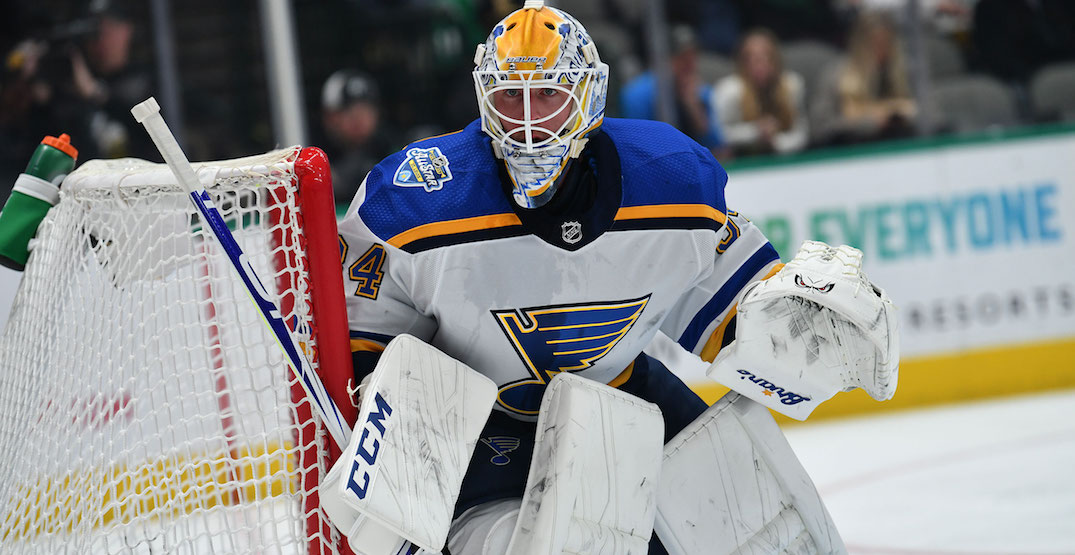 The Montreal Canadiens have a new goaltender, after completing a trade with the St. Louis Blues.

Jake Allen is on his way to Montreal, along with a seventh-round draft pick in 2022. In exchange, the Blues will receive a 2020 third-round pick (previously acquired from Washington in the Ilya Kovalchuk trade) and a seventh-rounder (acquired from Chicago in the Andrew Shaw trade) this year as well.

Allen, 30, was the Blues’ No. 1 goaltender until he lost the starting job to Jordan Binnington a year ago. But the Fredericton native had a nice bounce-back season in 2019-20, posting a .927 save percentage in 21 starts during the regular season and a .935 save percentage in four postseason starts.

Those were better numbers than Binnington had, but he still struggled to get playing time given Binnington led St. Louis to a Stanley Cup in 2019.

Allen has played in Montreal before, with the Montreal Juniors of the QMJHL, and will serve as Carey Price’s backup next year. He has one year left on his contract, which carries a $4.35 million cap hit.