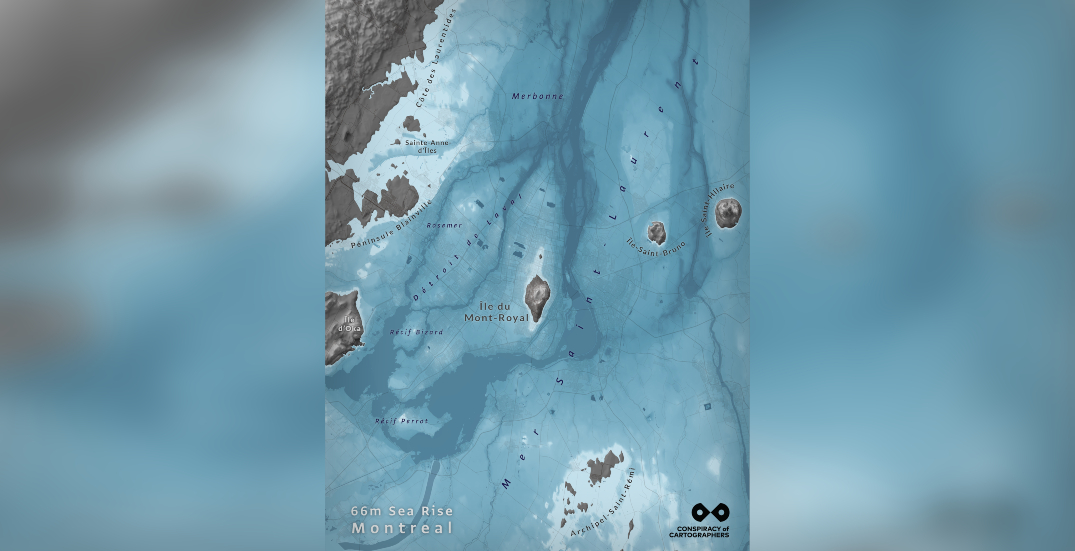 An artistic and futuristic map of Quebec has been making waves.

The engaging map demonstrates how rising sea levels could affect where Quebecers will live as climate change effects have proven to be a top concern for many Canadians.

The piece is an original work inspired by both “Ursula K. LeGuin’s vision of a future California in her book, Always Coming Home, and A map of San Francisco made by Burrito Justice,” said Linn via email. He’s originally from San Francisco but lives in Seattle now and has created many similar maps of the eastern and western coasts of Canada. 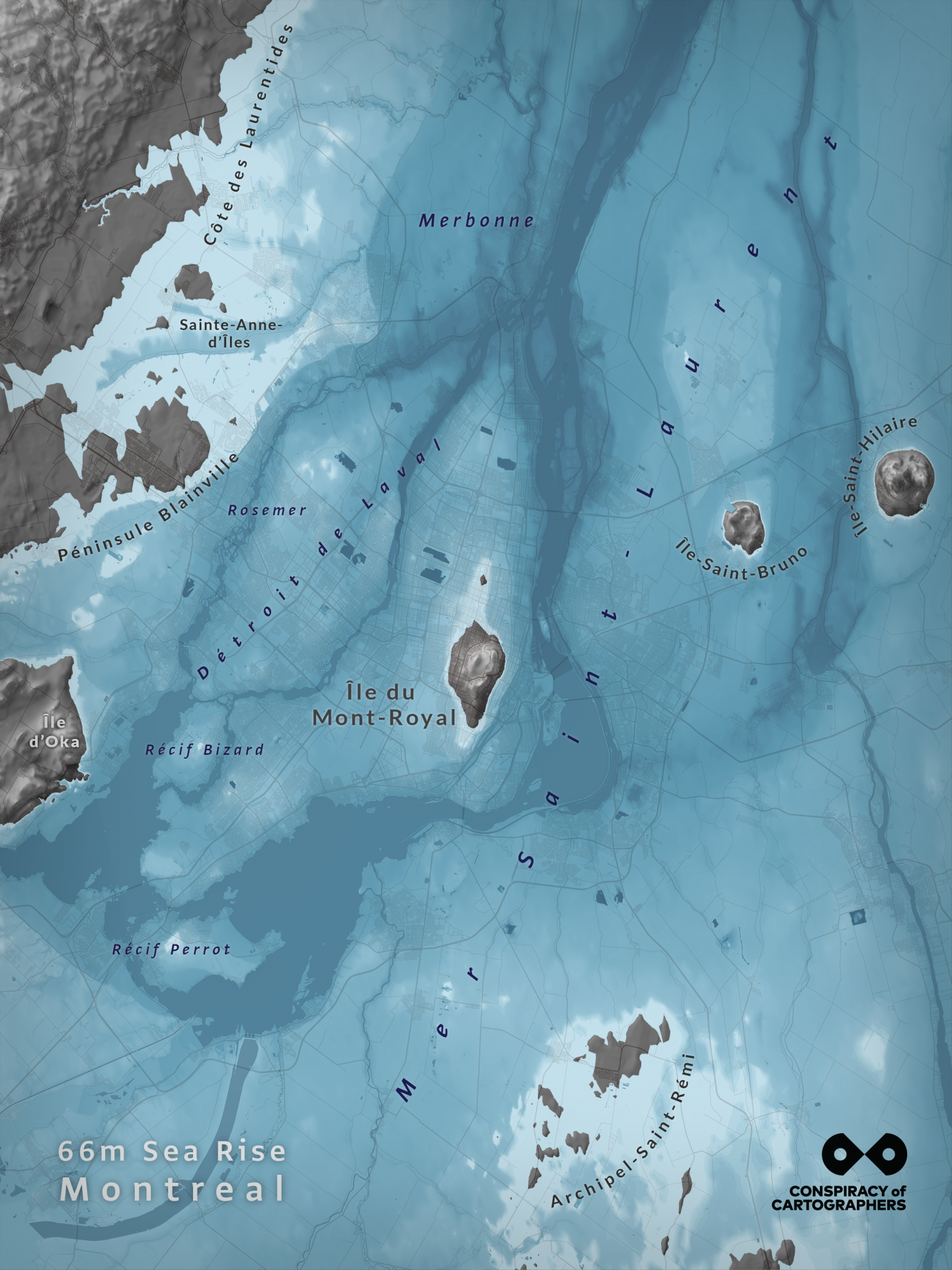 The map of Quebec shows a completely submerged Montreal metropolitan area, where the island can only be visible by what Linn coined the “Ile du Mont-Royal,”

“Most of Canada’s large cities are inland far enough that sea-level rise won’t directly affect them,” says Linn. “The furthest the water rises on the St. Lawrence River is just downstream from Lake Ontario, so Toronto escapes in these models. As you can see from the map, Montreal doesn’t fare well against rising seas…The St Lawrence River is practically at sea level here.”

You can follow his work on Conspiracy of Cartographers and look out for his next project.