The Sureté du Quebec are asking for the public’s help in locating two suspects and a witness in the kidnapping case of a 12-year-old girl from Sutton in the Eastern Townships.

The daughter of a bank employee was kidnapped on her way to school on Wednesday, but she managed to escape a few hours later.

Quebec police say the girl was deliberately targeted because her parent has a high-ranking position at a bank and the kidnappers wanted to be paid a ransom for her release.

According to police, the kidnappers grabbed the girl in the morning and authorities were called when she never showed up to school.

The young girl managed to free herself and was found by officers in the middle of Wednesday afternoon, safe and unharmed.

She told police she did not know either of the men who took her and that one of them spoke English and one spoke French. The kidnappers were driving a beige-coloured Ford Econoline van that was spotted on Maple Street in Sutton.

The Sureté du Quebec are also seeking the public’s help in identifying a man who they believe was a witness or an associate to the kidnapping.

Police say the man was in a Tim Hortons restaurant on Knowlton Road in Brome Lake on Wednesday morning at around 9 am.

The witness was seen wearing a black baseball hat, a black shirt and white shoes. 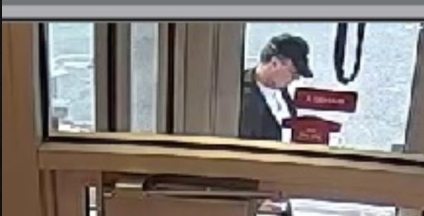 Police are asking anyone with information regarding the case to call 911 or the Sureté du Quebec (1-800-659-4264). All information will be treated anonymously and confidentially.