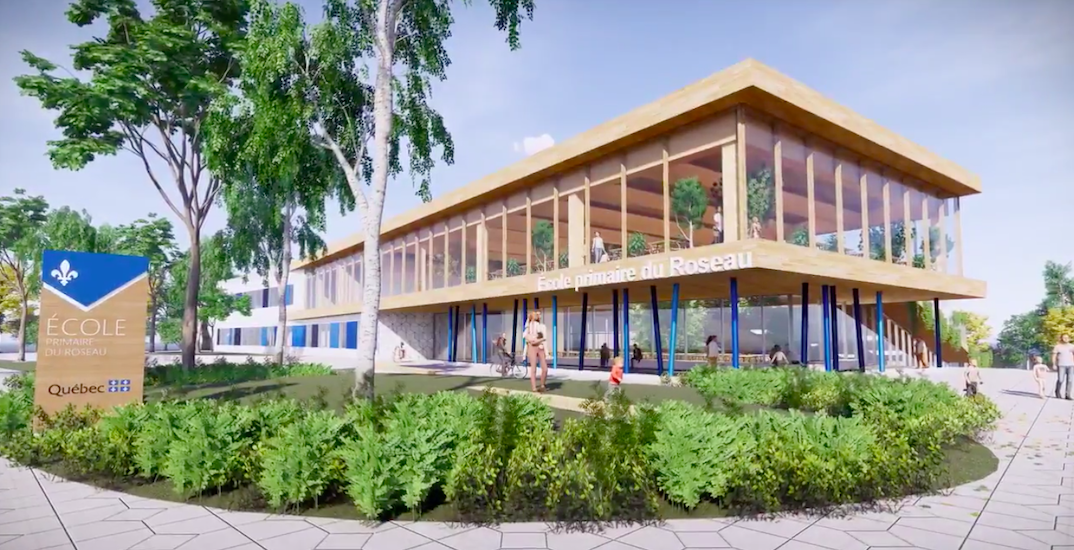 Quebec’s education ministry has unveiled renderings of what it is calling a “new generation of schools” slated to pop up around the province.

Architecturally, the schools will have a signature look that will make them “easily identifiable,” while featuring the colours of Quebec’s flag.

Besides accents of blue on the building’s facades, the schools will be built with Quebec materials, specifically natural wood throughout its interiors.

“Significant sums” have been invested in the province-wide project, according to the French news release, where more than 1,000 classes to preschools and elementary schools are expected to be added as well as 21,500 classes to high schools.

While specific date details have yet to be announced, construction and renovations are expected to get underway in 2020 throughout “several hundred” schools across the province.