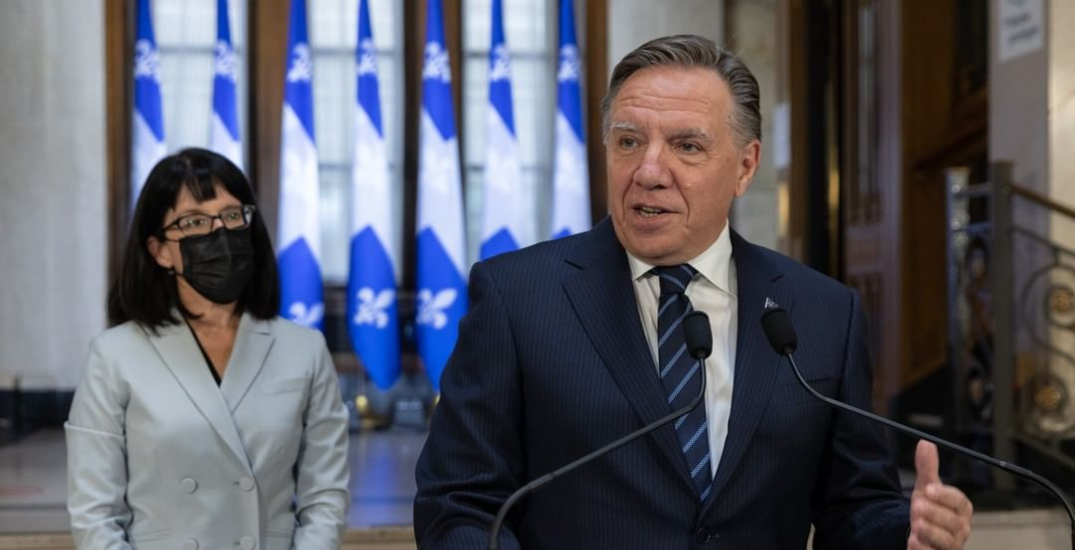 As of Monday, December 20, all businesses in Quebec are to function at half capacity.

The new COVID-19 restrictions apply to restaurants, bars, showrooms, theatres, churches, and places of worship — at a maximum capacity of 250 people.

Legault says Quebec has seen an “explosion” of new COVID-19 cases over the past few days. “Experts believe the number of cases will continue to increase, likewise will hospitalizations, because of the presence of the new Omicron variant,” said the premier in French.

He says the Omicron is “more contagious” and cites that experts believe the hospitalizations will increase “over the coming weeks.”

The premier says the top priority to curb the spread is to limit interactions. With that said, he says all dance and office parties will be forbidden as of December 20.

Legault, Arruda, and Dubé all stressed the importance of getting a third dose of an authorized vaccine. The premier says experts have “confirmed a third dose helps to stop hospitalizations of the Omicron variant.”

Dubé says the waiting period in between doses has been minimized from six months to three, citing public health studies.

Despite being among “the most vaccinated in the world,” Legault says he thinks Quebec will be “better prepared” for the Omicron wave. He says unvaccinated people are 15 times more likely to catch the virus, citing that it is “proven in the field.”

“It’s not enough to just get vaccinated. We have to reduce contact, to be close to other people as little as possible,” he said.

Holiday gatherings — which were permitted to a maximum of 20 people two weeks ago — have now been limited to ten.

On Thursday, Quebec reported its highest daily COVID-19 case increase in 348 days — the highest since January 2 — with 2,736 new cases.