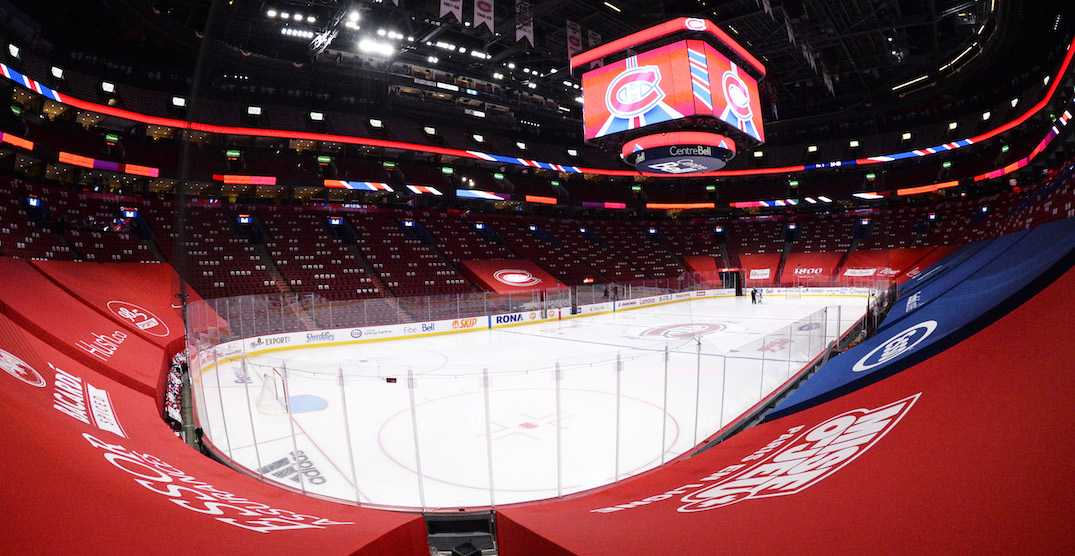 The Montreal Canadiens have announced that tonight’s home game against the Philadelphia Flyers will be played without fans.

It’ll be the first time this season that an NHL game will be played without fans in attendance.

The announcement comes less than two hours before the game is set to begin.

“Faced with the spiralling rise of COVID-19 cases in the region, late this afternoon the Montreal Canadiens organization received a request from Quebec public health officials to host tonight’s game against the Philadelphia Flyers in a closed setting with no fans in attendance at the Bell Centre,” the Canadiens said in a media release. “We have accepted this request in order to help ensure the safety and security of our fans and fellow citizens throughout our community.”

Quebec reported 2,869 new cases of COVID-19 today, as the Omicron variant takes hold in the province. It’s the highest daily increase in Quebec since January 2.

The team says it will provide an update on the status of Saturday’s home game against the Boston Bruins by tomorrow. Their next game at the Bell Centre after Saturday is scheduled for January 4.

The Canadiens added they have “obtained assurances” that they’ll be able to host fans again in January, at partial capacity.

“More details will follow in the days to come and as the portrait of this ever-evolving pandemic becomes clearer. In the interim we would continue to encourage everyone to get vaccinated, get their booster shots when possible, and be responsible with their social and family gatherings throughout the holidays. We hope that with rigour and a collective effort from all of us, we will be able to come together in a near future in 2022.”

The Canadiens play three road games in the New York area next week, before the NHL’s Christmas break.