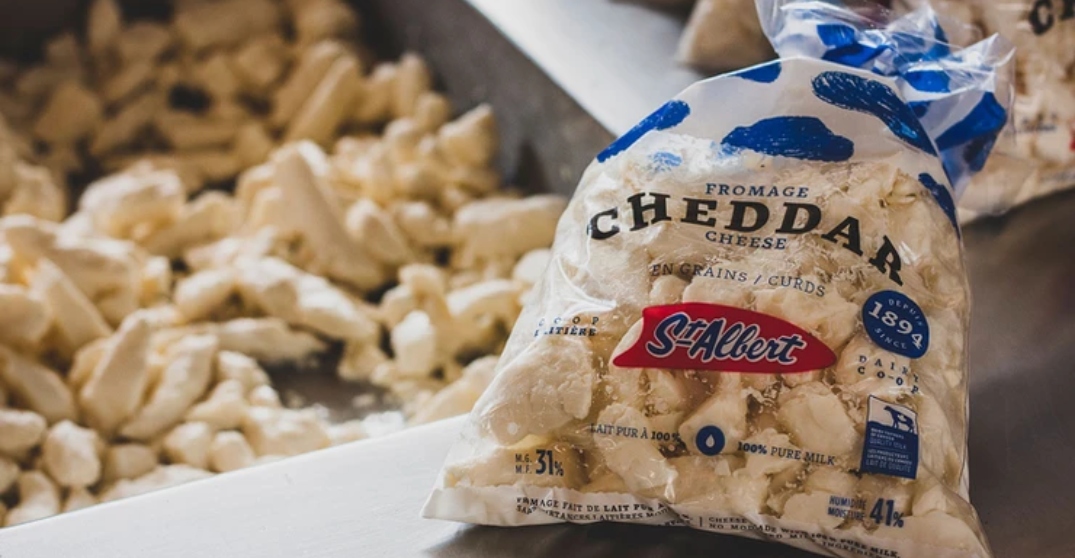 It’s a quick snack at a gas station or depanneur: Quebec cheese curds.

You’re in a rush, don’t have time for a meal, and paying for your gas. What’s that right next to the cash? A bag of delicious cheese curds. It’s local, it’s tasty, and it’s cheap — what more could you want?

This exact example happened to me a few weeks ago, and it was as delightful as a quick and unplanned snack as ever.

But then I got thinking… how come squeaky cheese curds aren’t refrigerated? I love cheese. My fridge is full of some kind of cheese all the time. But I had just inhaled a bag of cheese curds that I’m quite confident hadn’t seen the inside of a fridge in some time, maybe ever.

Is this some sort of cheesespiracy? Have we all been lied to? Are we refrigerating other cheeses for no reason? Should the Couche-Tard be refrigerating squeaky cheese? I had so many questions, and I needed answers. So I went digging.

Part of what makes cheese curds great is that they’re the star of the poutine trifecta show, but they’re also great as a stand-alone. But they actually shouldn’t be standing alone on countertops — they should still be refrigerated.

Speaking with Daily Hive, Hugo Dionne-Paquin, a caseologist for Fromagerie Mirabel, tells us that it all comes to freshness.

“When you get a product that is fresh, it can sit on the counter for a fair bit,” says Dionne-Paquin. “Usually, for a maximum of 48 hours.”

Dionne-Paquin says some consumers, even shop owners, will leave out cheese curds for a bit long, which results in the cheese going sour. He says the longer cheese is left out, the more bacteria it accumulates, which changes the taste of the cheese.

“Even after four to five days, you’ll get a funky taste to it, but it still might taste good,” he says.

All cheese curds — which are usually made from cheddar — are salted, which helps to keep it fresh. Dionne-Paquin says some shops might not be getting daily orders and shouldn’t be keeping cheese curds out on counters for more than 48 hours.

He recommends always checking the packaged date on bags of cheese curds before consuming.

Dionne-Paquin also gave a tasty cheese tip: If you want to bring back cheese curds to its traditional texture, or “squeakiness,” put the entire closed bag in hot water for two to five minutes, and it’ll regain its form.

“Put the entire closed bag of cheese curds in water, the hottest your sink will go, and let it sit for a few minutes; it’ll give the cheese more of a texture like it was bought fresh and will make it squeakier.”

Dionne-Paquin says once the cheese is refrigerated, the texture and iconic squeakiness sound is lost. “Get two bags of cheese curds, put one in the fridge, and you’ll see; the cold one doesn’t squeak, and your non-fridged cheese will stay squeaky. Temperature helps with the texture, and when you put it in the fridge, it will get harder.

He stresses when it comes to cheese curds, it’s all about freshness and advises that people knocking back bags of cheese curds should pay close attention to how long ago it was made.

So those enticing bags of cheese right near the cash register aren’t always as fresh as you may think.

Stay fresh, Quebec — who else is hungry?