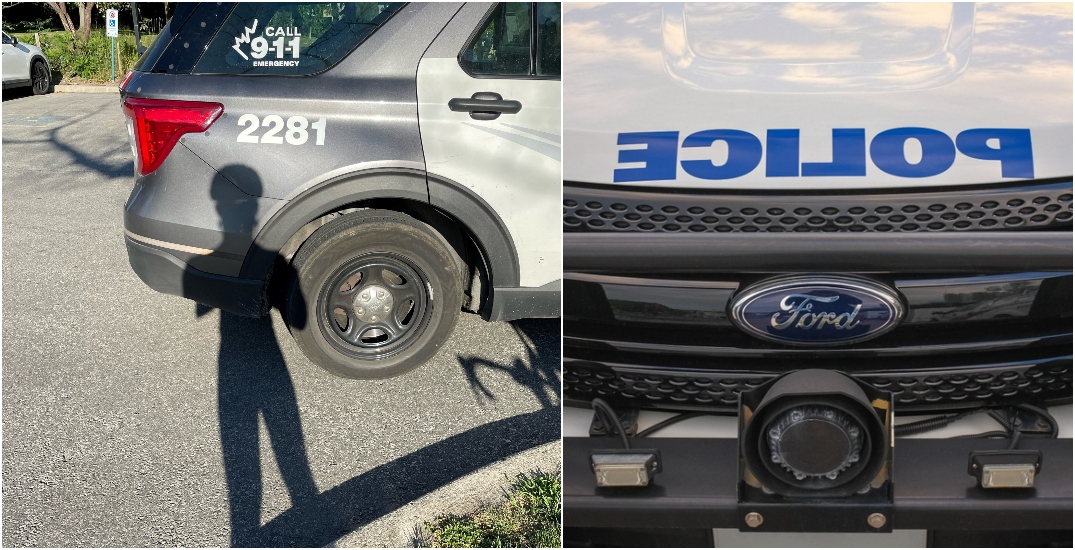 After handing out tickets to cyclists for not following traffic rules, a Toronto police officer ended up hitting a cyclist in a bike lane.

The incident occurred on August 2 right in the centre of High Park at Colborne Lodge Drive and Centre Drive.

According to David Shellnutt, the cyclist’s lawyer, his client had “noticed the police SUV targeting cyclists.”

“On his way home, he was aware of that and so came to a stop just ahead of the police officer and purposely stopped fully on his bike,” he told Daily Hive. “He had the right of way and, as he proceeded, the police officer turned right in front of him and hit him.”

According to his client, the police officer said that the sun was in his eyes.

“Obviously, just because the sun was in your eyes doesn’t mean you can disobey highway traffic then,” said Shellnutt. The cyclist wasn’t injured, however, his bike was damaged.

Toronto Police confirmed via email that a collision took place between a police vehicle and a cyclist around 6:30 pm.

“There were no injuries reported,” they stated. “Traffic Services is continuing their investigation.”

Hours before the incident, cyclist Jeffrey Doucet was issued a $110 ticket by the same police officer for “rolling a stop sign.”

Got a nice $110 ticket for rolling a stop sign in high park from the Toronto Police, which I look forward to fighting. Glad to see @JohnTory and @TorontoPolice continue to prioritize the most important public safety issues in Toronto @TheBikingLawyer pic.twitter.com/nJ80LAxhJh

High Park has become a hotbed of conflict between Toronto Police and local cyclists.

Last week, Twitter users were furious after a cyclist was ticketed $65 for going six kilometres over the 20 km speed limit. The police officer who issued the ticket had been driving his SUV in the bike lane.

In another incident that took place early this week, an off-duty police officer allegedly assaulted a cyclist at High Park Avenue and Bloor Street.

“Just got knocked off my bike by this very entitled man in the middle of the intersection of High Park Avenue and Bloor Street,” wrote Twitter user @TorontoCaroline. “I’m really tired of being harassed as a cyclist in Toronto.”

Just got knocked of my bike by this very entitled man in the middle of the intersection of High Park Ave and Bloor St. I’m really tired of being harassed as a cyclist in Toronto. Waiting for the cops. pic.twitter.com/tBUYeiVLsh

She explained that the man claimed she failed to stop at Pacific Avenue and Bloor Street so he “decided to teach me a lesson.” She also claims that he grabbed her handlebars and forced her to stop. The bike ended up on top of her.

“Soooooo much entitlement,” she wrote. “Cops had to explain to him he couldn’t grab cyclists or their bikes but didn’t do much.”

According to Shellnutt, the man was an off-duty Toronto Police officer.

The plot thickens. I have confirmed from multiple sources that the vigilante who assaulted the cyclist outside of #HighPark on Monday was an off duty @TorontoPolice officer. Patrick Stewart makes $121,000 a year. Perhaps the lack of charges make sense now. #BikeTO @JohnTory pic.twitter.com/M8rQIeMFWZ

According to Toronto Police, cops attended the area at around 5 pm for “an unknown trouble call.”

“The incident was investigated, there were no injuries reported and no charges laid,” they stated. “We do not confirm the identities of people who have not been criminally charged.”

In a letter addressed to Mayor John Tory on August 2, Shellnutt urged the mayor to “publicly denounce this kind of behaviour.”

“We ask that police refrain from harassing cyclists in High Park and instead dispatch City Staff and Cycle Toronto to assist in volunteer outreach and safety awareness in the park,” he stated.

Shellnutt said that the mayor has yet to respond.