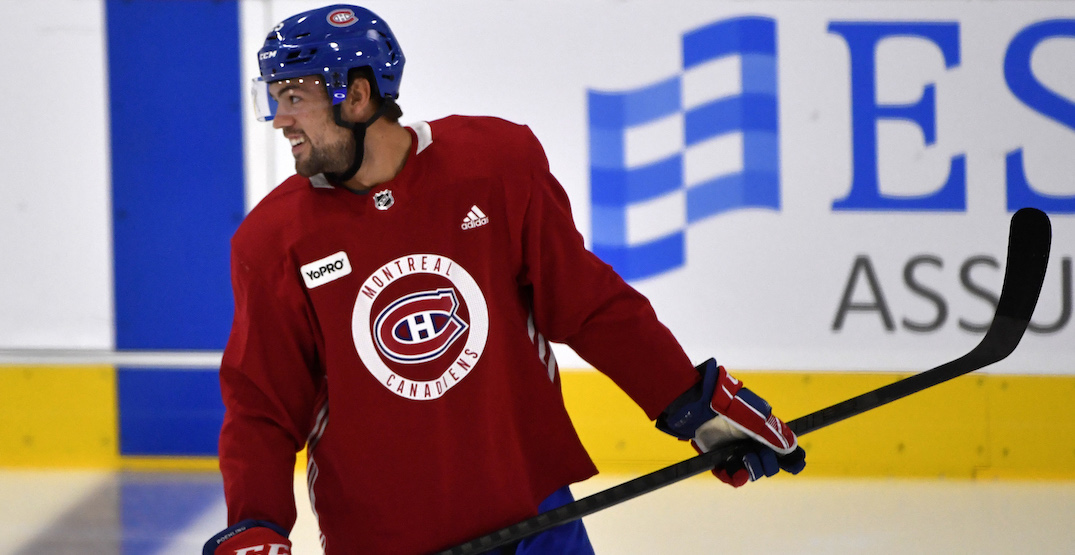 Even if the Montreal Canadiens really wanted to keep the band together following their stunning run to the Stanley Cup Final, salary cap realities were always going to necessitate some level of change this offseason.

Perhaps there’s been even more change than anticipated. Sure, some of the players who departed weren’t too surprising, such as forwards Phillip Danault, Tomas Tatar, and Corey Perry all signing elsewhere as unrestricted free agents.

Others were a bit shocking, though. Like, for example, 2018 third-overall pick Jesperi Kotkaniemi becoming the first NHL player since 2007 to change teams via offer sheet after the Canadiens opted not to match the one-year, $6.1-million deal the 21-year-old forward signed with the Carolina Hurricanes. Or losing captain Shea Weber to injuries that sound likely to end the 36-year-old defenceman’s career.

The players they lost seem to have gotten a lot more attention than the players they brought in. However, it’s time for the Habs and everyone else to move forward as they prepare to begin a new season.

As focus begins to shift more from their former players to their current players, these are six under-the-radar players Habs fans should keep an eye on in training camp and preseason.

Ryan Poehling, Montreal’s first-round pick in 2017 who scored a hat trick and a shootout winner in a storybook NHL debut against the Toronto Maple Leafs in the Canadiens’ final game of the 2018-19 season?

"What a night for this young man… can you believe it?"

Bob Cole has the call as Ryan Poehling scores a hat trick in his @NHL debut. 🎩 #HockeyNight pic.twitter.com/5CV4hRsdj5

We haven’t heard much from Poehling since that historic debut. He struggled in his first pro season in 2019-20, scoring just 13 points (5-8-13) in 36 AHL games with Laval Rocket in addition to just one goal and one assist in 27 games with the Habs.

Montreal had Poehling spend all of last season with Laval, though, and he played much better. Poehling led the Rocket with 25 points (11-14-25) in 28 games.

Christian Dvorak was acquired from the Arizona Coyotes to try to offset the losses of Danault and Kotkaniemi, but the Canadiens still have some question marks down the middle behind Dvorak and Nick Suzuki. Training camp will be the first opportunity for Poehling to show he’s ready to help fill the void.

Unfortunately for Jake Evans, right now he may be best known as the guy who got absolutely blown up by Mark Scheifele in last year’s playoffs.

Also unfortunate for Evans is that hit robbed him of a great opportunity. The former seventh-round draft pick was playing on the Habs’ first line in Game 1 of their second-round series against the Winnipeg Jets and led the team’s forwards in ice time. But the hit from Scheifele concussed Evans and caused him to sit out the next nine games.

Evans didn’t get that chance to play on the top line because the Canadiens thought he was going to light up the scoreboard, but because they love what he brings defensively. With Danault gone, Evans may get an opportunity to try to fill his shoes in that regard.

Has Alexander Romanov gone from the exciting rookie at training camp to under-the-radar defenceman in one year?

At least a little bit of the shine is off after Romanov was hardly part of Montreal’s run to the Stanley Cup Final last year. Despite playing in 54 of the Habs’ 56 regular season games, he found himself as the odd-man-out in the postseason and was a healthy scratch for 18 of the team’s 22 playoff games.

Romanov watching most of the playoffs from the stands doesn’t mean the Canadiens are giving up on him already, but he does need to take a step forward in year two and re-establish himself on the team’s blue line. It would go a long way in helping to replace Weber.

The signings of Mike Hoffman and David Savard got more headlines, but they aren’t the only new faces.

Among the others is Drummondville native Mathieu Perreault. The 33-year-old winger signed a one-year, $950,000 contract with Montreal after spending the last seven seasons with the Winnipeg Jets.

Perreault played every game for the Jets last year, scoring 19 points (9-10-19) in 56 regular season games and two (1-1-2) in eight playoff games. But he’s now joining a crowded group of wingers with the Canadiens and may have to earn his spot in the lineup.

Perreault feels a little bit like he could be this year’s Perry for the Habs. While he may not have quite the same resume, he has scored 39 or more points five times in his career. Perreault could end up providing secondary scoring and even being part of the power play, where he has 87 career points.

He may not have an obvious place in the lineup at first, but it wouldn’t too surprising if Perreault ends working his way into an important role with the team.

Aside from Jeff Petry, Montreal’s blueliners didn’t provide a lot of offence for them last season. In an effort to address that, they took a chance on former Ottawa Senators defenceman Chris Wideman, signing the 31-year-old to a one-year, $750,000 contract.

Wideman hasn’t played in the NHL since 2018-19, the same year he was one of the Senators players recorded in the infamous Uber video. However, he’s coming off a great season with Nizhny Novgorod Torpedo in the KHL. He scored 41 points (9-32-41) in 59 games and was named KHL defenceman of the year, good enough to earn himself another shot in the NHL.

Perhaps Wideman is one of those players good enough to dominate the KHL and AHL, but not quite good enough for the NHL. Or maybe he’s figured something out. For a team that could use more offence from the back end, though, it seems worthwhile to find out.

There is a segment of the Canadiens’ fan base that has been unhappy about the lack of Francophone representation on the team, and that was before Danault left.

Paquette, for one, seems pretty excited about it.

Cédric Paquette when asked about what he’ll bring to the #GoHabsGo : “I will go through a wall for that team.”

The Habs may not ask Paquette to run through any walls, but they’re probably going to ask him to block some shots. It sounds like the 28-year-old centre will be more than willing to do so. In fact, it’s the kind of work he’s already accustomed to.

Paquette isn’t a big offensive producer, but his defensive play and penalty killing helped carved himself out a role on contending Tampa Bay Lightning teams for several years. Despite recording just three points — all assists — he played in all 25 playoff games for the Lightning in the first of their back-to-back Stanley Cup runs. He was then a salary cap casualty for Tampa Bay and got dealt to Ottawa. His time there was brief, playing just nine games last season before being traded to another contender in Carolina.

In addition to being from the same province as Danault, Paquette seems primed to take on some of his defensive responsibilities as well if he can earn himself a regular spot in the lineup. Provided he doesn’t injure himself running through any dressing room walls.