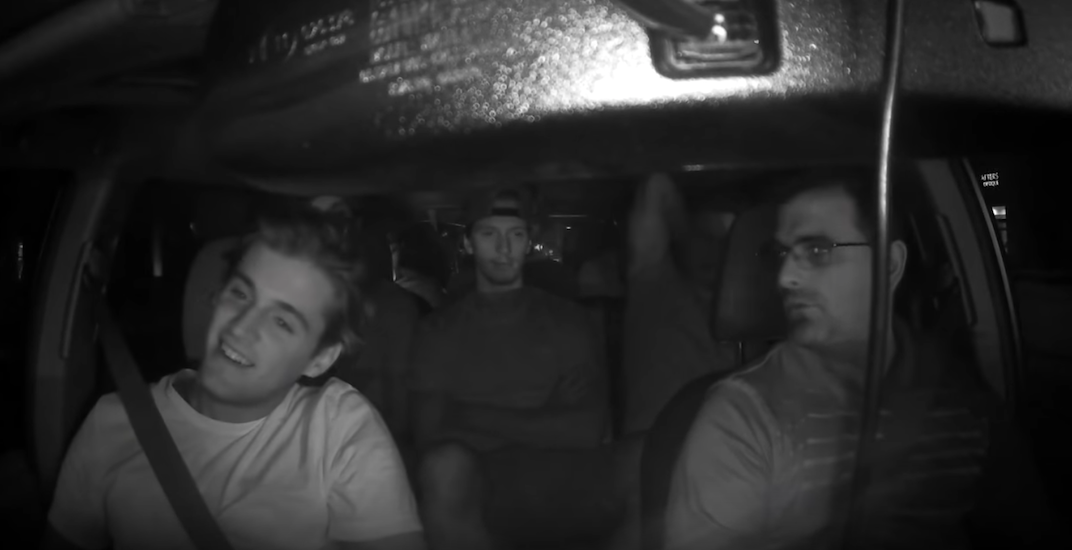 Tuesday’s morning skate might be a little bit awkward now.

Seven Ottawa Senators players – Thomas Chabot, Dylan DeMelo, Matt Duchene, Alex Formenton, Chris Tierney, Chris Wideman, and Colin White – have issued an apology to their teammates and coaches after a video of them was posted to YouTube by the Ottawa Citizen newspaper on Monday.

In the video, several (though not necessarily all seven) of the players were caught making fun of their team’s recent poor performance and assistant coach Marty Raymond. The video was taken without the players’ consent in an Uber vehicle in Phoenix, the night before their October 30 game against the Coyotes (note: the time stamp in the video is incorrect).

“The best part of their break in is, we don’t even slow them up,” said fourth-year Sens defenceman Wideman, who’s sitting in the front passenger seat in the video.

“In practice, when we break out against you guys, we get in every time,” said star centre Matt Duchene.

“Marty Raymond, the only coach in NHL history to have the worst power play and the worst [penalty kill] within a calendar year,” added Duchene.

“Do you notice that when [Raymond] runs the video, if you actually do pay attention, he doesn’t ever teach you anything?” asked Wideman. “He just commentates what’s happening.”

“We don’t change anything, ever,” said Duchene. “So why do we even have a meeting? I haven’t paid attention in three weeks.”

Given that the Sens lost the next night in Arizona 5-1, giving up another goal on the penalty kill, the optics aren’t good. Two games later, they lost 9-2 to the Buffalo Sabres.

Here’s the apology issued by the players:

“We want to apologize publicly to Marty Raymond, our teammates and coaches for our comments in Phoenix, Arizona on October 29. Our private conversation was recorded without our knowledge or consent. We’re passionate about our team, and focusing on growing together. We are grateful for the support of our fans and organization. This is an important learning experience, and we will do better.”

The video is just the latest embarrassment for the Senators, who plummeted to second-last in the NHL standings last season. The Sens also traded franchise player Erik Karlsson and goal-scoring winger Mike Hoffman last offseason after a cyberbullying incident involving Karlsson’s wife and Hoffman’s fiancee.

The Sens attempted some damage control prior to this season by releasing a video of defenceman Mark Borowiecki interviewing owner Eugene Melnyk, which was largely ridiculed by fans.

“Nothing is more important to us during this rebuild than making sure our players and coaches are fully committed to our plan, our values and our system of play,” said head coach Guy Boucher. “We have every confidence in Marty Raymond’s coaching; in the effort and determination of our team; and in the sincerity of our players’ apology. We are now treating this as a team matter, and will be making no further comment to the media.”

“A video was released by the media today of several Uber passengers being filmed without their consent while having a private discussion during a trip in Phoenix,” said Uber Canada General Manager Rob Khazzam in a Monday night tweet. “This is a clear violation of our terms of service and we worked vigorously to investigate this issue.

“Filming or recording passengers without their consent is totally unacceptable and if reported / detected we will investigate + take action to preserve our communities privacy and integrity. In this specific case, we made efforts to have the video taken down.”

The Senators are scheduled to play next on Tuesday night at home against the New Jersey Devils.