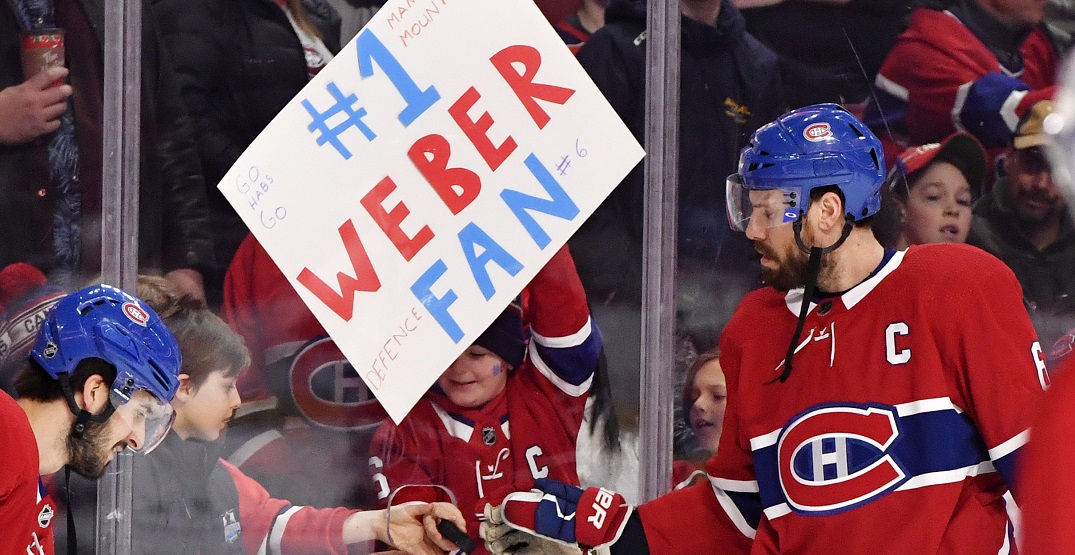 Shea Weber’s career is likely over.

During a press conference today, Montreal Canadiens general manager Marc Bergevin confirmed as much, saying that the Sicamous, BC native “won’t be back next season, and probably won’t be back for his career.”

Marc Bergevin says Shea Weber has several injuries (ankle, foot, knee, thumb). "Even missing a practice for him wasn't an option. He has a lot of mileage…He won't be back next season, and probably won't be back for his career."

Weber, 35, played through a number of injuries, but didn’t miss a single playoff game on the Habs’ run to the Stanley Cup Final.

“It was hard for Shea, it’s all he knows,” Bergevin told reporters. “He’s a hockey player to the core. He’s been doing that all his life and it’s really hit hard to realize that he can no longer perform the way it’s expected for him and his teammates.

“The pain, he goes through [it] daily. We had an emotional, deep conversation. I have a lot of respect for Shea for what he’s done for the Montreal Canadiens throughout his career. It will be impossible to replace Shea Weber. What he brings to our team on and off the ice — we’ll try our best, but I know deep down that you can never replace Shea Weber.”

Weber will likely go on long term injury reserve, given he has five years left on a 14-year contract he signed in 2012. That will save the Canadiens $7.857 million on the salary cap.