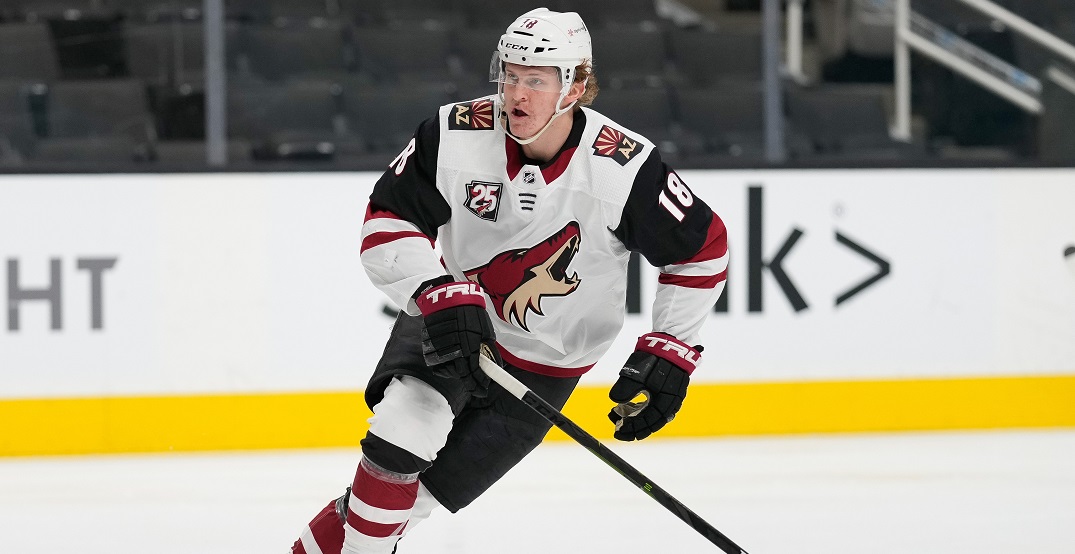 The Montreal Canadiens seemingly have found Jesperi Kotkaniemi’s replacement, acquiring Christian Dvorak from the Arizona Coyotes for a pair of draft picks.

Less than an hour after losing Kotkaniemi to the Carolina Hurricanes, the Canadiens announced they’ve acquired Dvorak in exchange for a first-round pick in 2022 and a second round pick in 2024.

Per the compensation in losing Kotkaniemi to the offer sheet, the Canadiens added a 2022 first and third round pick from Carolina. The better of the two picks between Carolina’s and Montreal’s will be sent to Arizona as a result of the Dvorak trade, which will be decided at the conclusion of next season.

However, the pick is top-1o protected, meaning that if either of the Canadiens’ two first rounders end up in the top-10 of next year’s draft, they’ll be sending off the other one.

Dvorak played 56 games with Arizona last season, picking up 17 goals and adding 14 assists to total 31 points. Since being drafted in the second round in 2014, Dvorak has spent five seasons with the Coyotes organization, putting up 146 points by way of 67 goals and 79 assists in 302 regular season games.