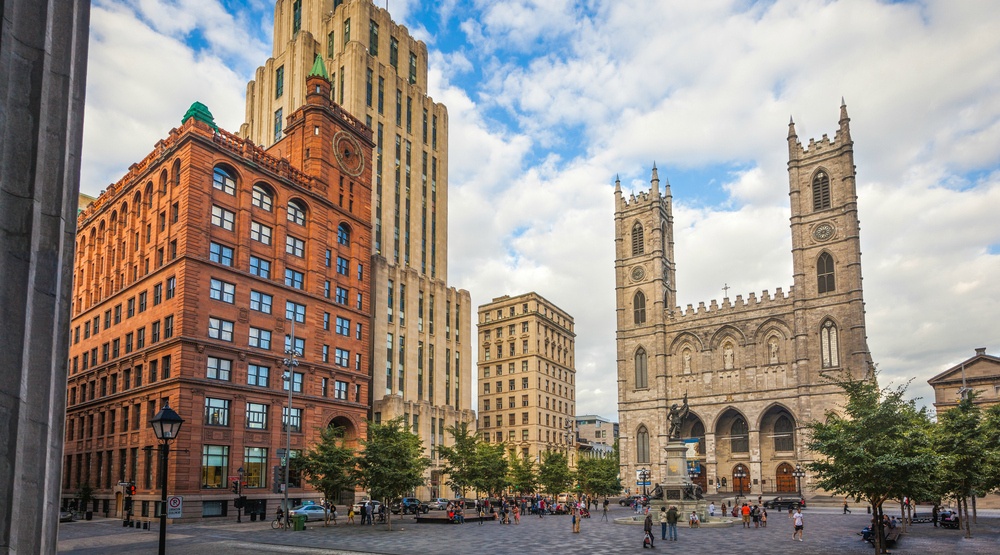 Step back in time and explore a chunk of Montreal’s rich history at any one of the exciting spots listed below.

With a plethora of top-notch museums, century-old cathedrals, and iconic landmarks, there’s have no excuse not to learn about this incredible city.

Spend the afternoon at McGill University’s Redpath Museum, a small natural history museum that is fun for all ages. All exhibits are free and range from the dinosaur era to mummies to Quebec’s biodiversity. The Redpath Museum is the perfect mix of science and history and is totally kid-friendly.

Discover Montreal’s very own gothic cathedral in the heart of Old Montreal. Constructed in 1829, this magnificent cathedral dates back over 150 years.

If nineteenth-century history isn’t your thing, it’s also the location of Celine Dion’s wedding, which is pretty historic in itself.

With exhibits on everything from pirates to horses, Pointe-A-Calliere is Montreal’s most impressive history museum. The museum chronicles the history of Montreal from when the Natives first arrived to the present day. In fact, the museum sits on a dig site where over 1,000 years of human activity can be traced.

Pointe-A-Calliere even hosts an 18th Century Festival for Montrealers to enjoy at the end of August each summer.

Saint Joseph’s Oratory is a Roman Catholic Basilica that was completed in 1967. While it might not be Canada’s oldest church, it is Canada’s largest and most impressive church. Set on Westmount Summit, the view from the top is one of the most beautiful in all of Montreal.

Enjoy some pretty wild rides while learning a little about Montreal’s history. La Ronde was first constructed in 1967 for Expo ‘67, the world fair held in Montreal that year. As such, several of the rides date back all the way to 1967 and the island where La Ronde is located was home to many exhibits and pavilions from the exposition.

The McCord Museum, Montreal’s foremost social history museum, houses one of the best collections of historical artifacts in Montreal. Located right downtown, the museum is open every day and is even free on Wednesdays if you go after 5 pm. In particular, the permanent exhibition, “Wearing Our Identity: The First Peoples Collection,” is fantastic.

Stretching for 2 kilometres along the Saint Lawrence River, Old Port has been a site of culture and commerce for over 400 years.

The port was used as early as 1611 as a trading post for French fur traders and nowadays serves as a little slice of Europe in Montreal. Stroll along the port and take in the cobblestone streets, outdoor terraces, and sweet-smelling croissants.

Despite the slightly morbid element to walking through a cemetery, there’s no denying that the grounds of the Mount Royal Cemetery are extremely beautiful. Catch a glimpse into Montreal’s historic past by taking a stroll through the cemetery. Notable people buried here include Leonard Cohen, Sir John Abbott, John Redpath, and David Ross McCord.