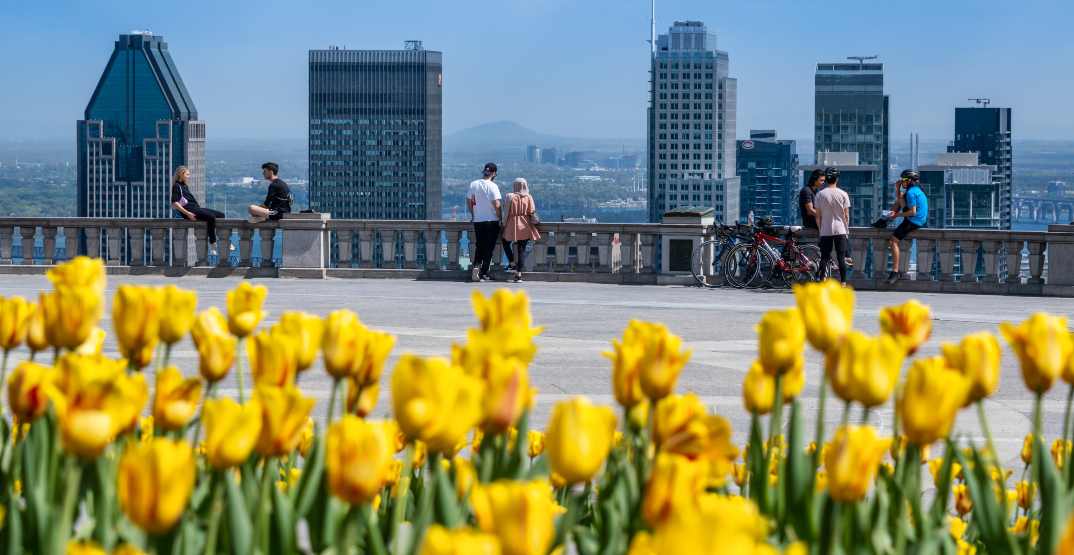 Montreal offers year-round budget-friendly accommodations, activities, and meal options for people looking to enjoy the city without breaking the bank.

If you plan on exploring the city without draining your wallet, we’ve put together a handy budget-friendly guide to get the best of both worlds.

Here are things to do, places to stay, and meals to eat in Montreal that’ll give you all the Montreal feels without any of the big-time debt.

Nightly rates start at $105 during low season and $135 in high season.

This inn located in the Quartier Latin is filled with remarkable design and offers personalized guest services. The hotel is between downtown, the Old Port, and Chinatown. It is close to restaurants, bars, and metro stations.

Guests are within walking distance to pretty much everything in the downtown core, and the spot has developed a pretty positive reputation over the past decade.

This three-star European hotel is located in the heart of the Quartier Latin and has a hidden tavern in the basement with a pool table.

The hotel is walkable to downtown, Mont-Royal, and is close to cafes, restaurants, and shops.

This hostel is right in the middle of one of Montreal’s trendiest neighbourhoods.

Auberge du Plateau says its mission is to “welcome travellers around the world in a clean, friendly and safe environment.” The hostel offers private and shared rooms, ranging from $25 to $90 a night.

Montreal’s food scene is iconic, and luckily, a lot of tasty meals are up for grabs for real cheap. Here are some of our favourites:

Schwartz’s is an absolute must-try if you’re in Montreal. It’s arguably the most synonymous restaurant in the city’s food scene, and one bite into the smoked meat sandwich will prove why.

Plus, a filling sandwich and famous pickle will run you about $12. (Grab a cherry Coke while you’re at it).

Wilensky’s Light Lunch has not changed much since it opened in 1932, and neither has its prices due to inflation (that much).

Grab yourself an all-beef salami and bologna sandwich served on a Kaiser roll with mustard. You’ll get charged extra if you don’t get mustard.

This iconic sandwich costs you under $5.

With various locations across Montreal, Boustan is as well known as it is tasty.

Grab yourself a chicken, beef, or veggie plate at any of the locations, and you won’t be disappointed. Toss in some of its famous garlic potatoes (with extra sauce), and you’ve got yourself a baffling tasty meal for about $13.

Joes Panini has a couple of things going for it: it’s open 24/7, and it’s cheap.

Choose between a chicken, beef, or veggie panini and a soup or salad, plus a drink for about $13.

Now that you’ve got a place to stay and some grub to devour, here are some budget-friendly things to do in Montreal.

The Barbie Expo, the world’s largest permanent exhibit of Barbies, has over 1,000 different dolls, styles, and brands, all at the same gallery.

It’s found in Les Cours Mont-Royal, requires no reservations, and is absolutely free to check out.

Grévin is the equivalent of the Marie Tussaud Wax Museums that are popular around the world. The only difference is Grévin has a stronger Quebec theme.

For $22 ($14 for kids), check out over 150 different wax figurines at an exhibit that borders between beautiful and trippy.

An oasis in the middle of Montreal for nearly eight decades, the Montréal Botanical Garden is recognized as one of the largest and most beautiful in North America.

The garden has over 20,000 plant species, a dozen greenhouses, and 30 thematic gardens, all of which are oozing with photo-ops.