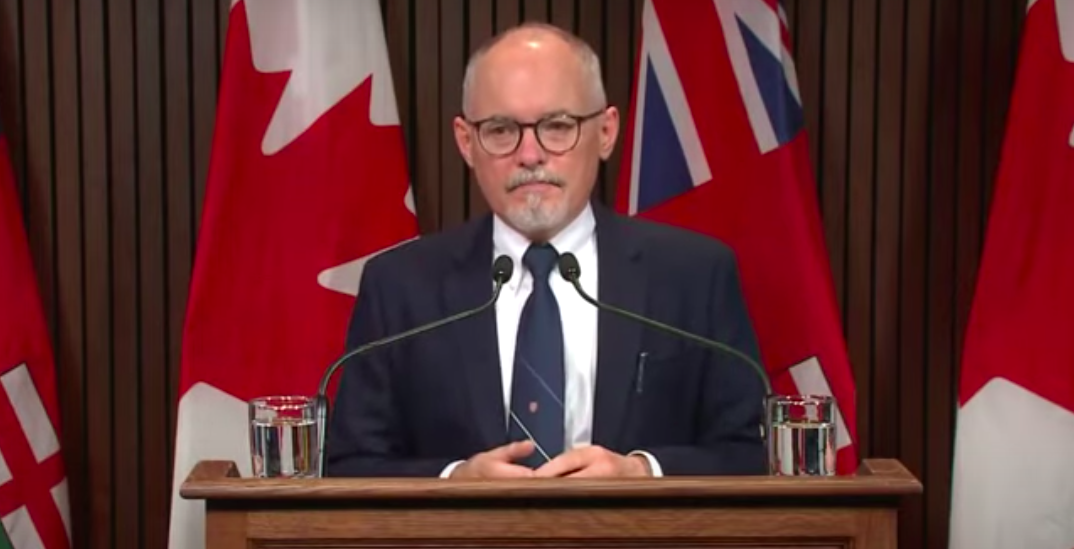 Ontario’s top doctor had strong words to describe the Quebec government’s tax for those who remain unvaccinated on Wednesday.

At a press conference on schools reopening, Ontario’s Chief Medical Office of Health Dr. Kieran Moore made his position on the unvaccinated tax clear.

When asked if Ontario would ever consider a measure like that, he said that it has never been considered in the province.

“We have not made that recommendation to government ever throughout this pandemic,” he said. “It’s not one that we would put forward.”

He added that he wants Ontario adults to make informed decisions about their healthcare, and that strict mandates have only been introduced in the highest-risk setting in the province.

“Only in the highest-risk settings have we mandated it, and that was in the long-term care facilities where all of us realize that the sacrifice is increased death rates; the increased risk of severe outcomes had to be balanced by maximizing immunization and protection of those individuals,” said Dr. Moore.

Last year, Ontario introduced a vaccine certificate program where individuals must provide proof of vaccination to access spaces like restaurants, sporting events, movie theatres, and other indoor settings when they are open and operational. Some employers have introduced their own vaccine mandates, but Dr. Moore said that nothing like a tax has been considered in Ontario.

“Putting a penalty on those that have not been vaccinated has not been entertained by this government,” he said.

Earlier on Wednesday, Prime Minister Justin Trudeau was asked if Canada might introduce a vaccine mandate on a federal level. He told reporters that he needed more details before he can comment.