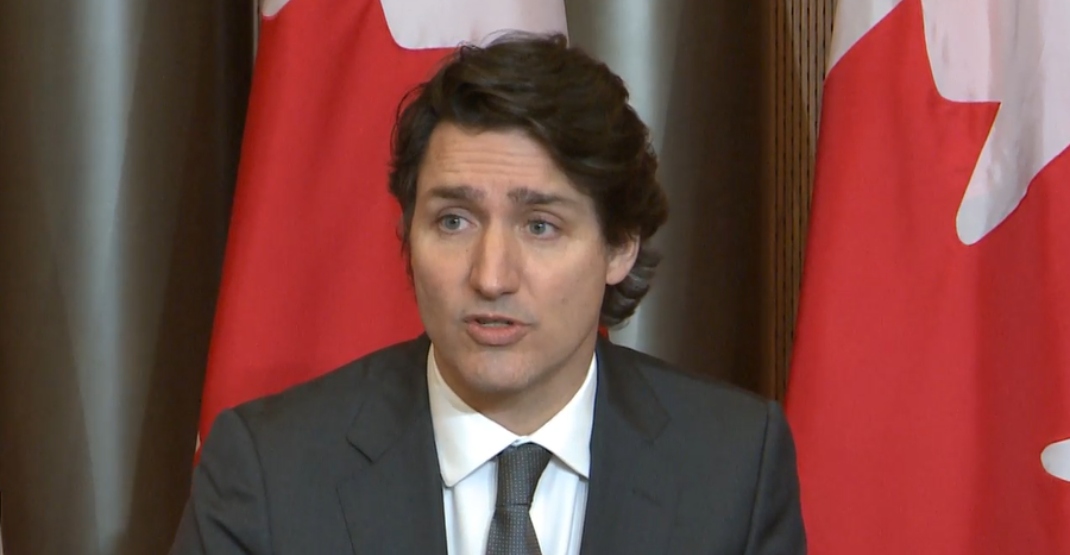 Prime Minister Justin Trudeau was tight-lipped when asked about Quebec’s controversial tax on the unvaccinated while hosting a press conference on Wednesday.

While it was abundantly clear where the prime minister stood on the importance of the third vaccine dose, he was more hesitant to comment when asked about Quebec Premier François Legault’s January 11 announcement. Legault declared that all adults in the province who refuse to get their first dose of the COVID-19 vaccine will be charged a “health contribution.”

Trudeau’s opening statement did, however, emphasize the importance of booster shots. “Go get your shot,” he said pleadingly to Canadians. “It’s never too late to do the right thing.”

We’re here for you, for your family, and for your business – and we’ll continue to do whatever it takes to protect your health and make sure you have the support you need. For the latest on the work we’re doing, watch my update live: https://t.co/8IGBoPaEo3

When asked if the tax was something he “would consider looking at implementing federally,” Trudeau said:

“We’ve received that proposal with interest by the Quebec government, but there’s a lot more details that we have to hear on how this would work before I can make any comments on it.

Other than that, the federal Public Service needs to be fully vaccinated. These are things that we have continued to move forward on because the best path forward is vaccination which is why the federal level [but] there is still a debate being brought forward by the conservative party saying that we need to be more accommodating of people who choose not to get vaccinated.”

Details on Legault’s proposed fines, which have caused an upset among the vaccinated and unvaccinated alike, are still not clear as the Premier says the exact amount unvaccinated people will be charged has yet to be decided.

Legault says the idea is to charge all citizens who aren’t willing to get vaccinated a fee. He says the fee could work more like a fine and will not be specific to unvaccinated Quebecers who need to go to the hospital.

Meanwhile, only hours after the Quebec premier’s announcement, BC officials confirmed they’re not considering a similar measure.

Adults who have a valid medical exemption will not be subject to these fines in Quebec.