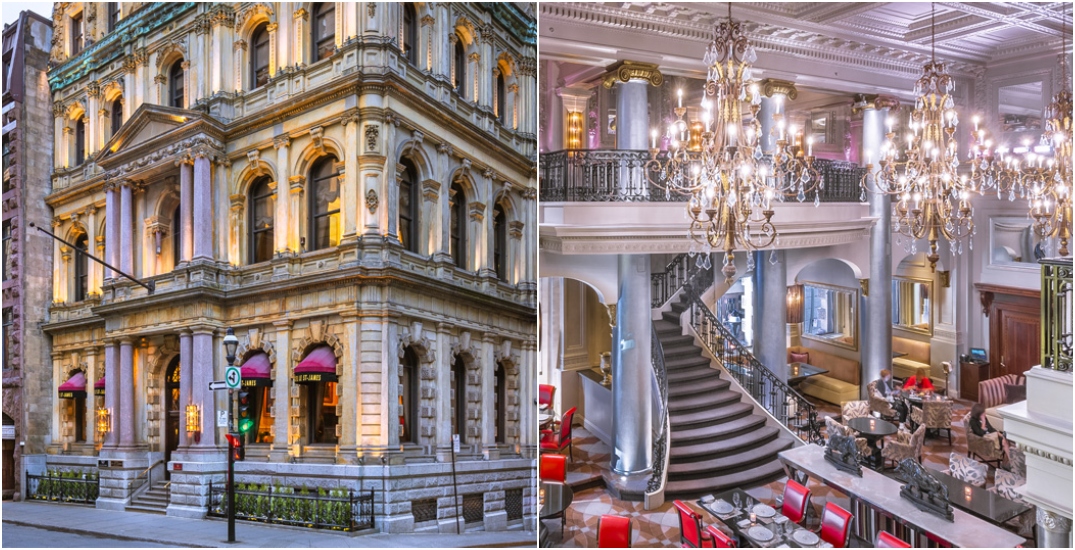 The hotel has been dealing with financial troubles since the onset of the pandemic and hasn’t been able to regain its footing amid Quebec’s reopening, says a report from La Presse.

Hôtel Le St-James opened to the public in 2002 and has welcomed the likes of Mick Jagger, Elton John, Paul McCartney, Britney Spears, Madonna, U2, and Jon Bon Jovi over the past two decades.

The hotel’s owner, Vincent Chiaro, says the pandemic caused a “major loss” in revenue and says the costs of starting back up are too high.

Built in the 1870s, the historic building became the headquarters of the Merchant’s Banks of Canada in 1899.

The 61-room, 24-suite building, was celebrated for its impressive high ceilings, marble counters, and gothic-revival facade.

The Hôtel Le St-James, along with its in-house spa and restaurant, is now listed as “permanently closed.” Chiaro says he hopes the hotel can be “rejuvenated” as luxury condos in the near future.