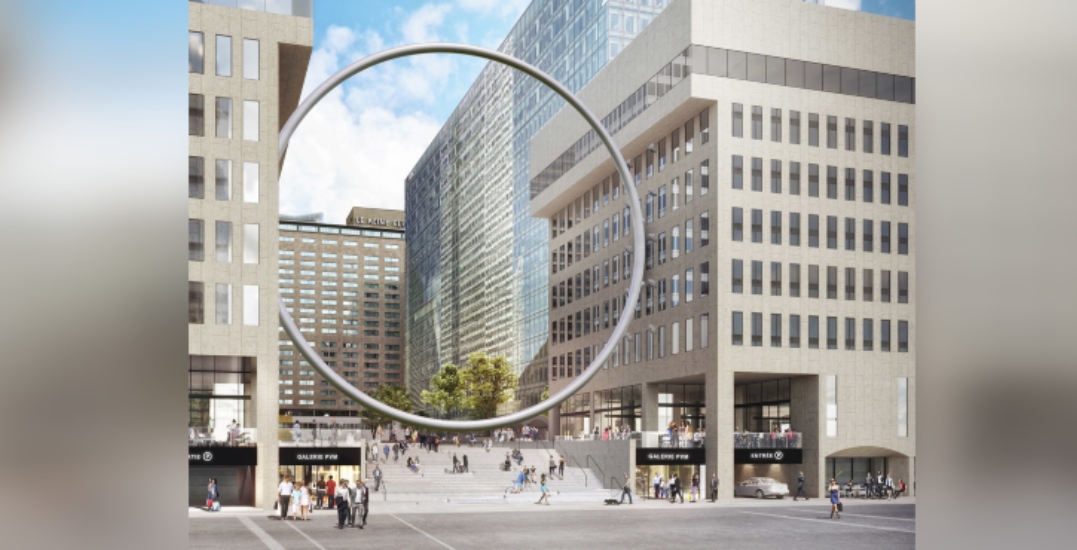 Montrealers can soon channel their inner hobbit thanks to a behemoth new art exhibition that’s coming to downtown in the form of a giant 100-foot-high, 50,000-pound stainless steel arched ring.

Aptly named “The Ring,” Ivanhoé Cambridge will unveil the structure at the main entrance to Esplanade PVM at Place Ville Marie in June.

One ring to rule them all, huh?

The Ring will have a 31.5-inch-thick curved tube and is the product of a two-year collaboration between the City of Montreal and a Trois-Rivières mechanical assembly team.

The giant art exhibit is part of the PVM’s $200 million investment it made in 2017 to improve the area’s “energy efficiency” and the revitalization of its Esplanade.

Ivanhoé Cambridge shared renderings of what the giant Dr. Strange-like monument will look like:

“The Ring” will symbolize the “strong connection between Montreal, its citizens, and its visitors,” says the press release. “It will create an atmosphere both contemporary and timeless, as workers gradually return to the city centre and local and international tourists once again enjoy everything the metropolis has to offer.” 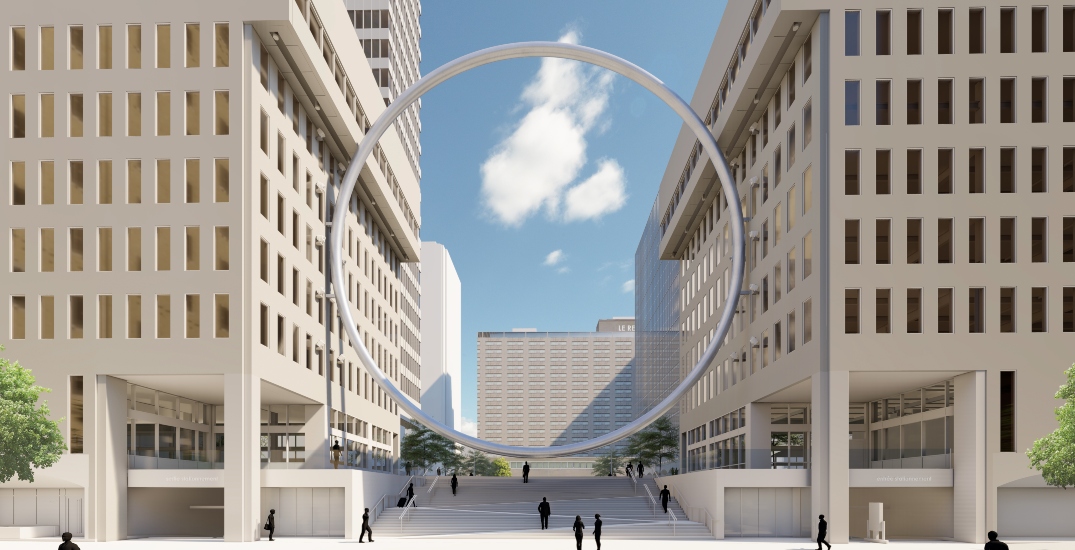 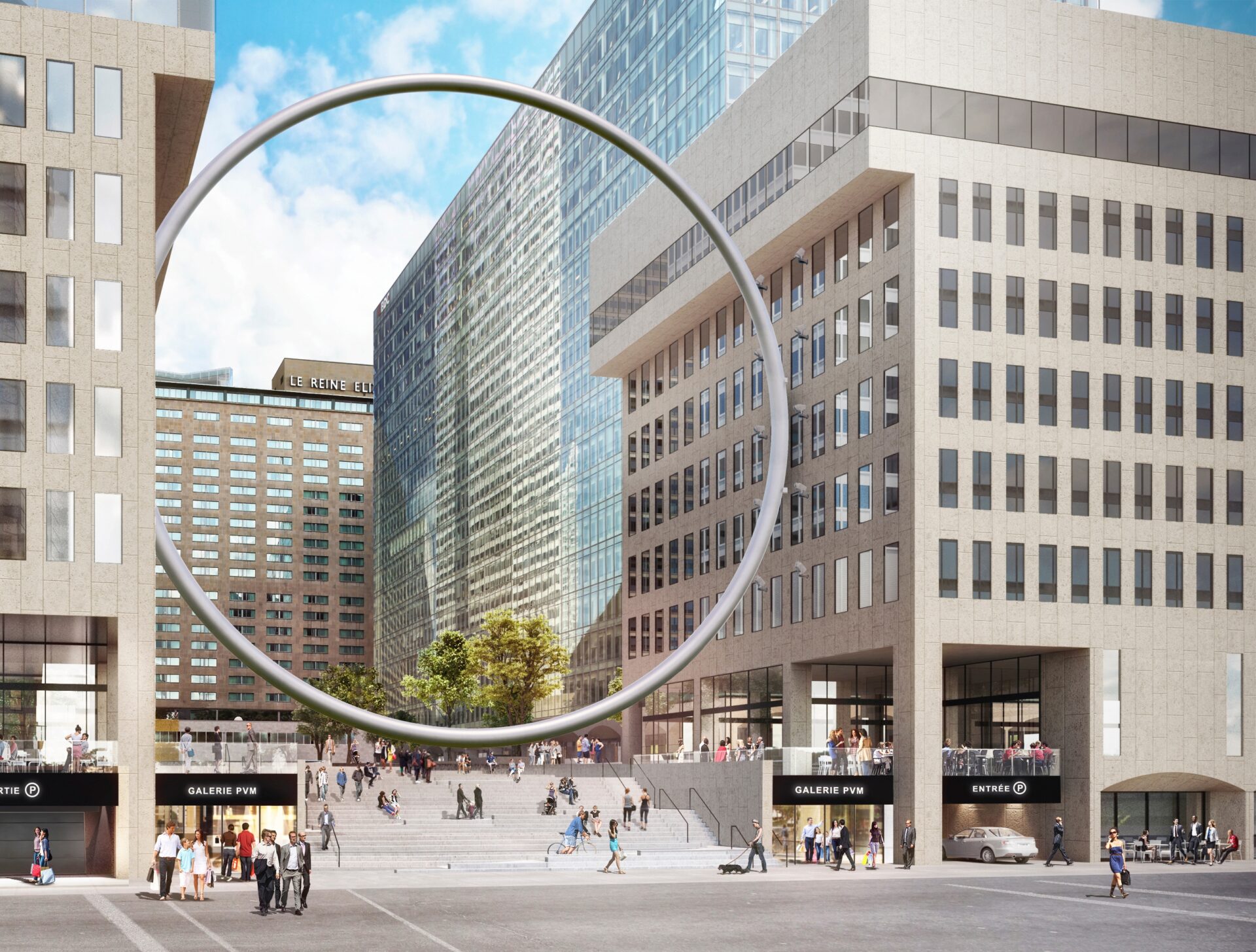 Nathalie Palladitcheff, the president and CEO of Ivanhoé Cambridge, says The Ring will anchor the company’s presence in Quebec and will make a “strong contribution to the vitality of downtown Montreal” while positioning Esplanade PVM as an “urban meeting place worthy of the world’s great metropolises.”

Say what you want, but if The Ring’s Samara Morgan starts crawling out of this thing, I’m booking it to the top of Mont-Royal…