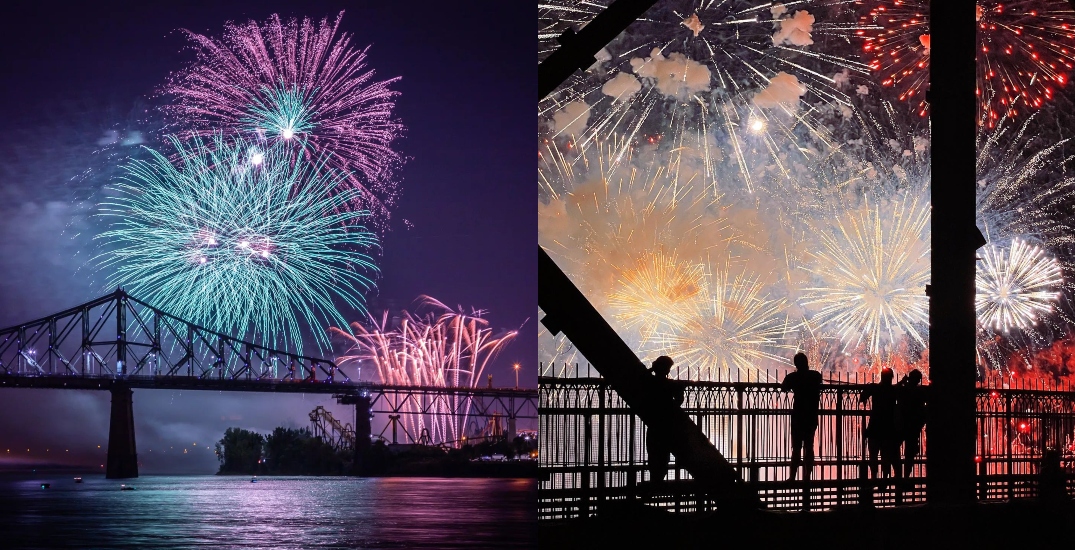 The good news: You won’t have to wait until this weekend to soak up a fireworks show in Montreal.

The bad news: There are only three shows left of the Old Port’s summer-long fireworks festival.

For the third time since the return of the L’International des Feux Loto-Québec, a mid-week show will take place across Montreal skies.

Wednesday’s show will pay tribute to Croatia, under the theme “Dance with the Stars.”

The Croatian firm, Mirnovec Pirotehnika, invites audiences of all ages to an international dance competition – but instead of dancers, it will be fireworks “illuminating the sky to the colours of tango, twist, jive, waltz, cancan, boogie-woogie, rock ’n’ roll, samba, and more.”

Founded in 1993, Mirnovec Pirotehnika operates several companies in the Balkans as well as one in the Middle East. Since 2001, Mirnovec has competed in international fireworks festivals in Germany, the UK, Italy, France, Belgium, and China.

This is the company’s second time participating in L’International des Feux Loto-Québec. At its first Montreal competition in 2013, Mirnovec took home the Silver Jupiter award.

June marked the return of L’International des Feux Loto-Québec in Montreal, the first full-scale fireworks display in over two years. Next week’s show will pay tribute to England before summing up the summer-long festival with “Finale des Étoiles Loto-Québec” in August.

Tribute to Croatia – Dance with the Stars